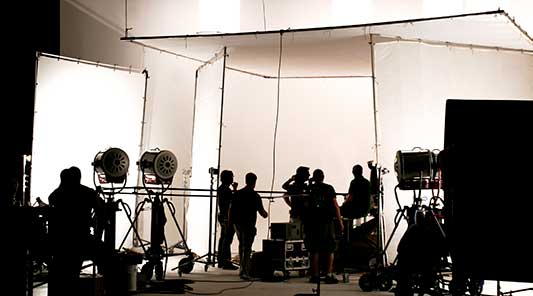 The ATFS system we have at 5 guys named Moe is the backbone of our extremely high-bandwidth cloud data migration work. It reduces costs overall while ensuring we have the right balance of storage space and high-end performance available for our workflows.

Whether working on a film or an episodic show, the 5 guys named Moe workflow includes four steps: ingest data from LTO tape, validate that data, upload the project to a cloud environment, and retain project data until the client confirms the job is successful.

Unfortunately, the studio’s existing NAS infrastructure could support only a handful of projects per week. The team also lacked visibility into workflow stages and couldn’t retain data for the long term due to capacity restraints. The leadership team decided to replace the existing NAS so the studio could take on more projects and boost revenue.

After considering a number of options, 5 guys named Moe selected the ATFS platform, now offered by Quantum. ATFS is a NAS platform with advanced tagging features and policy-based tiering. With ATFS, the studio can capitalize on both high-performance NVMe flash technology and more economical spinning disks to increase the number of tapes processed simultaneously.

Automating Repeatable Tasks
With ATFS, the 5 guys named Moe team created a simple set of rules to automate repeatable tasks in the multi-stage workflow. For example, the system now automatically applies workflow stage–related tags to all data and places that data in flash or bulk storage based on its workflow stage. This automation improves the efficiency of processes and optimizes storage resources, preserving the more expensive flash storage for performance-dependent tasks such as ingest.

Streamlining Data Validation and Improving Visibility
Automated tagging also provides greater visibility for the post-production team, which can now track each film or show as it moves through the workflow. ATFS tags, rules, and policies keep data on flash storage until it is validated with checksums for each frame. Once validation is complete, ATFS automatically removes data from flash, making room for the next project and increasing overall performance.

Reducing Costs and Opening New Revenue Opportunities
After data is verified, the final product is delivered to each client through the cloud. Aspera servers stream data directly from the ATFS bulk storage tier into predefined Amazon S3 buckets. By using flash storage only for performance-intensive processes, ATFS helps reduce the total cost of ownership by 30%.

When data in the cloud is validated by the client, the 5 guys named Moe team can delete data from the ATFS system or keep it for longer-term retention. Holding that data in the cost-effective storage tier could create new revenue opportunities for the post-production studio.

Founded in 1987, 5 guys named Moe, inc., is a creative boutique with a unique approach to video production and post-production. The studio’s proprietary process tailors workflows to each client’s precise needs.