Capture data quickly, inside a moving vehicle, without loss or corruption - and automatically ingest that data so you can innovate and develop safer vehicles. 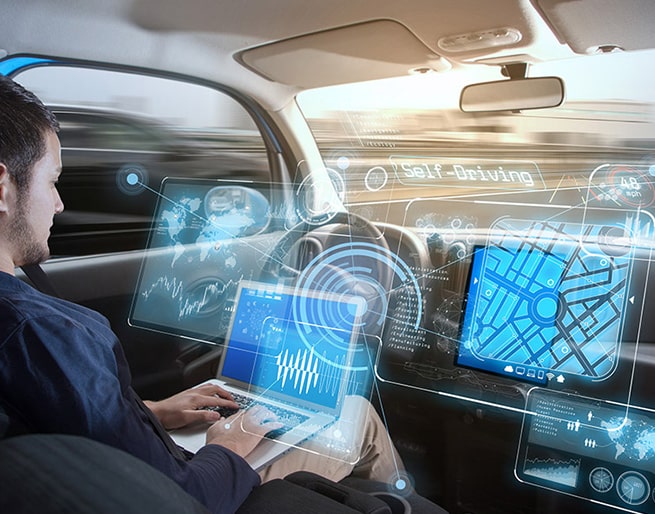 Capturing data in a mobile vehicle can be a challenge--from self-driving cars, military drones, armored vehicles, and even inside a studio truck capturing footage on-set during production.

Studies show that ADAS and autonomous vehicle development can generate up to 20 TBs an hour. So not only are vast amounts of video and video-like data–-hi-res images, LIDAR sensor data, and data propagated by machines–-being generated, but capturing, processing, analyzing and working with structured and unstructured data requires a shared storage system.

That’s where the Quantum R-Series comes in.

High-Speed Data Capture on Any Terrain

Quantum’s R-Series product was designed for high-speed data capture in a moving vehicle. It’s designed for tough environments. From military vehicles on rough terrain, to research vehicles on potholes. It can take a beating.

And because the storage is easily removable, you can quickly upload data captured ‘in the field’ to a Quantum StorNext shared storage environment and start work on that data.

R-series was specifically designed for autonomous vehicle development – but the demands of that use case make it suited for use in any application capturing a lot of data, in a rugged environment. 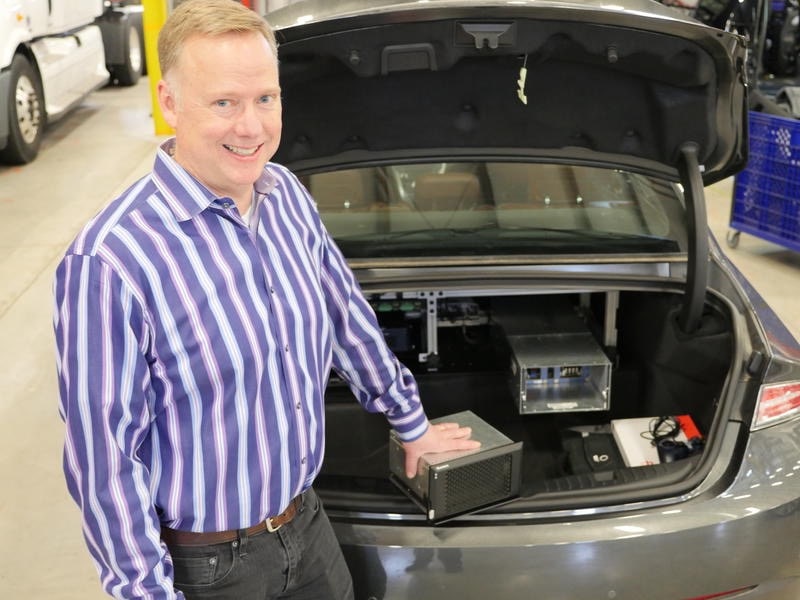 THE QUANTUM R3000 IS DESIGNED TO ENABLE HIGH-SPEED DATA CAPTURE, AND FAST UPLOAD, IN A MOBILE ENVIRONMENT.

The R3000 chassis is approximately 9” wide, 5” tall, and 21” long. It has a small form factor perfectly suited for the trunk of a self-driving car, a military vehicle, or a studio truck. The R3000 magazines are available in the following capacities and storage technologies: 60 TB HDD magazine, 23 TB SSD magazine, 46 TB SSD magazine.

The R-series magazine and chassis are designed to withstand the rigors of in-vehicle conditions, with a ruggedized hardware design and built-in data protection software.

Both software and hardware are purpose-built for high availability and reliability.

The removable magazine makes it easy for a technician to upload 10’s of TBs of raw data to a Quantum shared storage system at the end of the day.

Once the magazine is plugged into the docking station, data is automatically copied into a Quantum shared storage system, so that users (scientists, editors, analysts) can work with the data.

Expand All | Collapse All

Up to 6 drives per magazine

Capacity for multiple days of testing (most vehicles) with extra magazines available if more capacity is needed.

Configurable to meet specific needs; RAID 5 or 6 recommended for most deployments.

12VDC for higher efficiency and ease of integration to car; 120VAC–240VAC for garage station.

For ease of integration.

Watch this video to learn more about In-Vehicle Mobile Storage with the Quantum R-Series.

What M&E Can Teach the AV Industry about Data

Join over 25,000 Companies Worldwide using Quantum to Power the Video and Rich Media You Love Most.