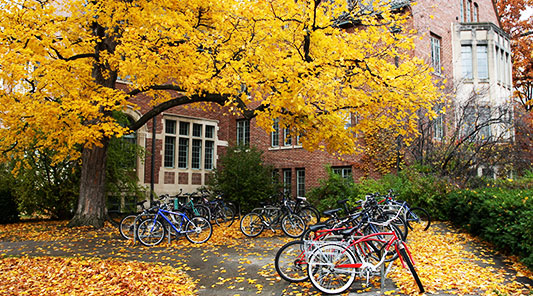 Ivy League University Saves Up To 75% With Private-Cloud Archive

Many research and teaching universities face a daunting combination of storage problems. Data is increasing at a rapid rate, and files—even those with older data—are critical to keep for future use. But budgets are under constant pressure.

Running Out of Space for Critical Scientific Data, Video and Image Assets

The problem first became critical for one Ivy League university in life sciences, where genomic sequencing was creating rapidly increasing data sets. High-speed NAS was used for active processing but it was too expensive to store older files. Those files need to be retained—they hold crucial information that can be mined in the future—but they might not be accessed for months or even years. Soon, the need was found in other departments, which were also accumulating digital assets that needed to be retained and kept accessible. Cost sharing was complex because each department had its own budget.

Adding more primary disk to keep old files was too expensive and also meant more administrative overhead. The team explored using public cloud storage providers, but the costs were significant—roughly 1 cent per gigabyte per month—and charges would keep accumulating. In addition, the data would be out of the university’s direct control.

The university found a better solution—building a private cloud using Quantum’s Artico intelligent NAS solution. Artico is a NAS appliance that can be shared between multiple departments and users. But it also includes storage management software, StorNext®, that automatically moves data from performance disk to secondary, archive tiers. Archive options include public cloud, object storage, and, the ultimate choice of the university, LTO libraries.

In the new system, each department is provided its own NAS share on the appliance, and users drag files to that share to archive them. As soon as files are moved to Artico, they are stored on performance disk and automatically copied to two LTO libraries for DR protection. When more disk space is needed, the NAS storage is cleared and the files remain on tape. Users continue to see all files in the original directory, and can launch them from that location. If the files exist only on tape, they are automatically brought back from tape to disk for active processing.

Costs up to 75% Lower Than Cloud

The total cost of the University’s Artico solution, which provides 73TB of disk and 4.8PB of tape storage, was much lower than the public cloud that the university investigated—less than 0.25 cents per gigabyte per month—a savings of up to 75%.

Users still have direct access to the data, and all the data is stored in two separate locations under the direct control of the university. During the proof-of-concept tests, Quantum provided access to new features designed to let the IT team track storage utilization by department for distributed charging.

Artico tiered archives provide the levels of availability required for holding critical—and extremely valuable—assets for years. The disk arrays and controllers feature full redundancy with active-active failover, and the data management software is among the most widely used solution of its kind, used around the world for everything from satellite downloads to feature films. The Scalar i6000 LTO libraries include proactive media integrity testing and automated migration of data to new media if error rates begin to increase.