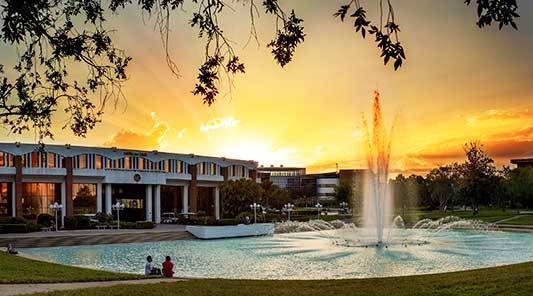 We wanted a security solution that specialized in video storage. Quantum VS-HCI was easily the hands-down winner due to its resilience and the ability to access video data from any device, at any time. We collaborated with our IT team during the selection process and in our opinion, Quantum delivered the best solution.

In March 2013, UCF faced an active shooter situation in which a former student planned to pull the fire alarm in a residence hall and then shoot his classmates as the building was evacuated. However, the shooter’s gun jammed, and as officers were closing in on the gunman, he took his own life. During the university’s response to the incident, accessibility to critical video data was a major issue. UCF had cameras in the area where the incident took place, but first responders had no way of viewing it without being at the physical location of the actual video recorder, potentially putting themselves in harm’s way.

University officials realized that UCF needed to modify how it managed its security technology and appointed Joseph Souza to the role of Assistant Director of Security for UCF’s Office of Security Management. The challenges started with the lack of communication between devices and the need to modernize or replace older analog platforms that were reaching end-of-life and extended to the management of 58 standalone servers, 12,000 access points, and wide variety of DVRs that were all being operated in separate silos.

An Enterprise-Class Solution Purpose-Built for Video
During a source selection and bid process, UCF was introduced to Quantum VS-HCI optimized for demanding, data-intensive workloads. “We wanted a security solution that specialized in video storage. Quantum VS-HCI was easily the hands-down winner due its resilience and the ability to access video data from any device, at any time,” Souza said. “We collaborated with our IT team during the selection process and in our opinion, Quantum delivered the best solution.”

VS-HCI eliminated the complexity of managing 58 separate servers and reduced UCF’s total cost of operations by consolidating servers, storage, and client workstations into one enterprise-class solution that is easily managed from a single user interface. Quantum’s purpose-built HCI solution for video surveillance streamlines video management and storage capabilities by hosting VMS software and storage management on a single platform. It also offers industry-leading resilience — critical in environments where compliance and data protection is crucial, such as higher education institutions.

With Quantum VS-HCI, the UCF security team can rapidly access video from any device or location when it’s needed, for investigations or liability concerns. The university’s Quantum implementation supports up to three petabytes of storage, which addresses UCF’s growing demand to deploy more video systems across its campuses. As their needs grow, VS-HCI can scale linearly and non-disruptively, aggregating storage resources with each added appliance. These advantages, along with the VS-HCI ability to manage the demanding, write-intensive nature of large-scale video environments – an increasingly challenging task for DAS-based recording systems – have effectively modernized UCF’s entire surveillance ecosystem.

About University of Central Florida

The University of Central Florida (UCF) is a thriving, pre-eminent research university in Orlando, FL, and one of the largest universities in the country with more than 64,000 students and 12,000 faculty and staff. UCF is regularly recognized as one of the best universities for quality, access, impact and value. U.S. News & World Report has named UCF one of the nation’s most innovative universities, while Kiplinger’s ranks the school a best-value university. Founded in 1963, UCF and its 13 colleges offer more than 212 degrees from its main campus, hospitality campus, health sciences campus, online and through its 10 regional locations. The 1,415-acre main campus is 13 miles east of downtown Orlando and adjacent to one of the top research parks in the nation.