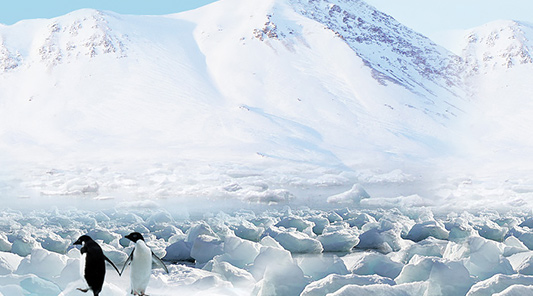 Quantum’s StorNext provides high performance, reliability, and scalability. It is also the optimum solution for us because it allows us to access large amounts of data whenever we need to, and to easily manage all our information.

Addressing Major Issues of Climate Change and the Evolution of Life

For more than two decades, KOPRI has been investigating the phenomenon of life in the polar regions by analyzing the functional genomics of polar organisms. Through its studies, KOPRI is gaining an understanding of how the polar ecosystem was created and has evolved. About a decade ago, analyzing the base-pair sequence of a gene took as long as 9 or 10 years. However, since the commercialization of Next-Generation Sequencing (NGS) in 2004, it has become possible to carry out sequencing, even for very large amounts of data, quickly and at low cost. Today, genomic sequencing of higher organisms, including human beings and major crops, can be completed within months.

Analyzing the larger patterns in a sequence requires multiple intermediate processing steps, each of which generates additional data—roughly a hundred times more data than the initial base sequence is created for each completed project. All of this requires increasingly higher-speed computing and larger storage systems.

The KOPRI legacy storage system consisted of three separate NAS filers with a total capacity of 50TB, but the growth of data and the performance requirements of the new projects quickly outgrew the capabilities of the old system. The organization looked for a new storage and archiving solution that could provide more capacity, higher growth potential, more flexibility in deployment, higher performance, and greater overall reliability. KOPRI selected Quantum’s StorNext® as the cornerstone of a new system for storing and analyzing its genomic data. StorNext provides the capacity needed today, and it will allow for additional scalability as needs increase in the future. It also offers the right combination of user convenience, high processing speed, fast and reliable access to data, and a favorable price-performance ratio.

KOPRI uses StorNext in more than four genomic analysis projects a year. For each organism studied, KOPRI engineers store a few dozen terabytes of data, composed of both basic information and intermediate processing data. StorNext allows multiple users and analysis programs to quickly access the data independently without slowing the system down. The flexibility of StorNext, including its ability to scale and to support both disk- and tape-based storage, was one of the primary reasons KOPRI selected it. In the future, the Institute plans to expand its archive storage as the amount of genomic analysis research data increases. In the long term, it plans to expand the types of data it analyzes and to disperse the stores across multiple, remote locations.

The Korea Polar Research Institute (KOPRI) was established to build an infrastructure for conducting polar research on a worldwide scale. KOPRI observes the changes in polar marine life and ecosystems, and it conducts research into polar glaciers, the atmospheric environment, and marine resources. KOPRI actively participates in multiple scientific organizations, including the Antarctic Treaty Consultative Parties (ATCP), the Scientific Committee on Antarctic Research, and the International Arctic Science Committee (IASC), and it has become recognized globally for publishing its research results in prominent international journals.