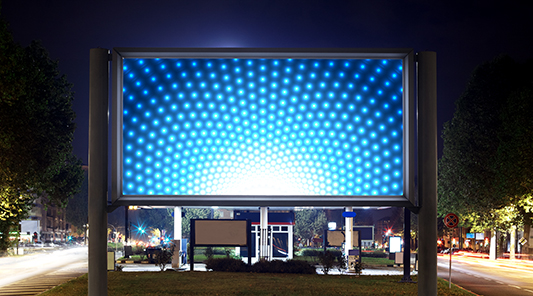 To be honest, there was never really any question that we’d be sticking with Quantum. Quantum has the best performance and ease of use, and the DXi equipment has been incredibly solid. When there is a problem, Quantum’s support is easily the best I deal with—and I get a lot of exposure to the support organizations for other storage vendors.

Daktronics, a leading scoreboard manufacturer, provides sports teams and fans the critical information they depend on to keep track of a game or match. Founded in 1968 by two South Dakota State University electrical engineering professors and headquartered near the University in Brookings, the company now has annual revenues that total half-a-billion dollars. And like any other growing company, they have experienced near-exponential growth in data that must be backed up. Years earlier, Daktronics solved its backup issues by deploying a Quantum DXi7500 enterprise disk backup system with deduplication. Brian Davis, Daktronics’ backup administrator, said that “With the Quantum DXi7500, we completed all full backups during the weekend. And, thanks to the data reduction we got with deduplication, we could keep a month’s worth of data on disk, not just a couple days, which made restores a lot quicker and much easier to do.”

However, that was at a time when the company was sending 180TB to tape on a monthly basis. Now Daktronics generates almost that much—130TB of backup data—in a week. Even their DXi7500 couldn’t keep up.

Scoring with Quantum for Better Performance and Support

Davis knew the company needed to upgrade its data protection infrastructure, and he knew he’d be going back to Quantum. As Davis explored his options for upgrading from the DXi7500, Quantum’s DXi6700 series was the logical choice.

“In terms of capacity, Quantum’s DXi6700 series was able to handle more than the competing products,” he explains. “And again, there was Quantum’s outstanding support to factor in its favor, which kind of blows the competition away.”

The reliability and performance of Quantum equipment also led Daktronics to upgrade an existing Scalar® i2000 tape library to a Scalar i6000.

As Data Continues to Grow, Quantum is There

Daktronics now has three Quantum DXi6700 series appliances that provide it with a reliable global backup and disaster recovery capability. These include a 64TB capacity DXi6702 in its main data center, a 24TB DXi6702 system in its Shanghai office, and a 16TB DXi6701 in a remote data center in Sioux Falls. One of the biggest benefits in upgrading has been the team’s ability to keep up with data growth at Daktronics. The Quantum solution allows the company to keep a month’s worth of that data on the primary DXi® appliance at all times. And for Davis, it’s important that Quantum’s outstanding service extends throughout the organization.

“More than just the great support I get from Quantum, I’ve had a few different sales and technical reps from the company over the years, and all of them have been great.” he notes. “Other companies seem much more variable in terms of quality, but with Quantum, whenever I need something, it seems like they’re already ahead of me in looking out for our best interest. I really respect that.”