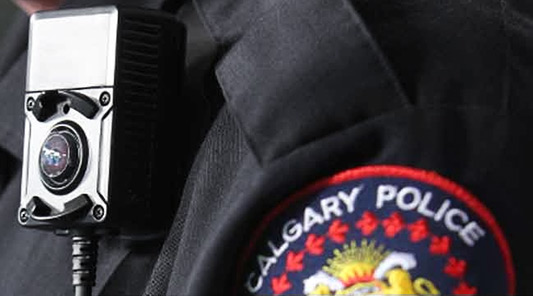 One of the coolest things about this project is that it let us expand an existing resource rather than having to start from scratch.

Faced with managing content for a new body-camera program, the Calgary Police Service braced for a massive influx of new surveillance video. The department found a creative solution that leveraged their existing Quantum LTO library that was just being used for backup. By adding StorNext Scale-out Storage, they were able to partition their library and add automated tiering for a high-capacity, economical, and highly scalable surveillance solution—all at half the price of expanding their existing disk only solution.

When the IT department of the Calgary Police Service learned about a new program for body-worn video cameras—that would start with 50 cameras and then grow to over 1,500—it realized its current storage system wouldn’t be able to keep up. The new cameras generated 2.3 gigabytes per hour, or 18.4 gigabytes per shift, meaning the IT team would need to build a new solution to handle the almost one petabyte of video content the department would soon be managing.

The IT team discovered it could meet the new needs and keep costs low by expanding an existing resource and adding auto-tiering software.

“One of the coolest things about this project is that it let us expand an existing resource rather than having to start from scratch,” explains Dunn.

The Calgary Police Service upgraded to an enterprise Scalar® i6000 library and partitioned it to support multiple applications. One virtual library holds the department’s backups—the second is a video archive.

“Surveillance data must be kept under our direct control … and it must be protected,” explains Dunn. “But most of it will never be looked at again. So it does not make any sense at all to keep it on live disk. With StorNext, we don’t have to. It lets us use our existing resource, our library, to store all that data at a cost that was far, far lower than any disk-only solution we saw.”

Automating Management of Data Across Tiers

All the body-camera video is ingested directly into a StorNext environment, landing on Quantum high-performance disk where it’s kept for 30 days. In the background, StorNext automatically creates two copies of the files on tape. One stays in the library archive. The second is moved off-site.

StorNext allows users to view any files through a single, file-system interface, whether they are on disk or tape, and it will allow the department to manage nearly a petabyte of data with only 240TB of disk.

“StorNext’s ability to let us use a small amount of disk …was just what we needed to keep this project’s costs under control. It also gives us protection and long-term retention, something that was a real headache with disk-only systems.”

The new system is half the cost of a disk-only approach.

“We know that the recording technology will change and that we need to avoid being locked into one vendor,” says Dunn. “Because it provides a file-system interface, StorNext will work with many different camera systems—that gives us a choice.”

About City of Calgary Police Service