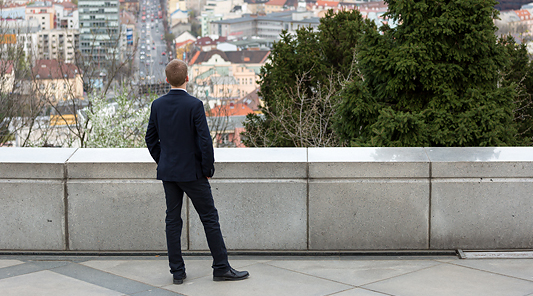 The QXS system had all the features and performance that we were looking for, saved us money over alternatives. The support from Quantum has been very, very good. We expect the new system to have the same exceptional reliability that we have seen from the platform over the last six years.

Acendas has succeeded in the hyper-competitive travel management business by providing highly differentiated services to business travelers and corporate meeting planners. “We’ve been successful for several reasons. We give every traveler personal attention—when they call us, they always talk to a real person—someone who is empowered to help them in every way we can think of,” explains James Thompson, the network support administrator responsible for the company’s network operations center. Acendas also gives its clients access to advanced data analysis tools and advice that helps them manage costs more effectively and improve their corporate bottom line.

A key part of the Acendas strategy is new technology. It was an early adopter of virtualization—and today, virtualizes over 95% of its servers. “We use everybody,” Thompson explains, “because Citrix, VMware, and Hyper-V each provides value in certain situations and applications. That makes our systems very effective, but it also means a pretty complex IT infrastructure.”

“We have used the same disk platform here for almost six years because it has provided us with very competitive pricing, extremely high reliability, and good support whenever we have needed it. But the disk systems were beginning to have a hard time keeping up with the demands of the virtualized infrastructure and the huge increase in data. We were running out of space, and began to see lags in performance, especially when we were accessing many VMs at the same time, or when we had to reboot VMs.”

The team recently decided to adopt disk with hybrid storage technology. Hybrid arrays combine conventional drives with flash to increase performance for I/O-intensive operations, like those associated with virtualization, while keeping costs lower than all-SSD or all-flash storage. The team looked at offerings from several suppliers.

“We saw quotes with a huge price range, and after looking at the kinds of tasks we typically support, it was not clear at all to us what kind of value we would see from the higher cost options,” says Thompson. “After doing proof-of-concept tests as part of our due diligence, we elected to stay with our existing platform, but upgrade to the Quantum QXS-4 Series hybrid storage with Q-Tier software.”QXS combines flash and conventional disk, and it boosts performance and keeps costs low by using its Q-Tier software to scan data every five seconds and automatically decide which files need to be placed on different storage tiers. Typical Quantum configurations use less than 5% of the total storage as flash, and are built using a design that eliminates all single points of failure.

Thompson explains, “Our system, which is 70TB in all, only uses 1.6TB of flash. But it gives us extremely fast performance, and we estimate that we saved roughly 25% over what other, higher priced alternatives would have cost us.”

“The QXS performance has been great,” Thompson adds. “In ‘boot storm’ situations—where we need to spin up a large number of VMs quickly—the new QXS system is more than twice as fast as our old disk array. I see the same kinds of gains when I boot up a single VM, too.”

“The QXS system had all the features and performance that we were looking for, saved us money over alternatives. The support from Quantum has been very, very good. We expect the new system to have the same exceptional reliability that we have seen from the platform over the last six years.”

Founded in 1982, Acendas is a travel management company providing tailored solutions, comprehensive recommendations, and strategic improvements for its customers. The company specializes in corporate travel management, meetings and incentives, vacations, and delivering the latest technology and unparalleled expertise and service to its clients. Acendas has achieved significant growth over the past 30 years due to its solid reputation in the travel industry. It is recognized as one of the top 25 travel management companies in the country.