NVMe is enabling these customers to process higher-resolution content that drives higher data rates, and provide massive parallel performance for large render farms, while reducing both storage and network infrastructure costs and complexity. 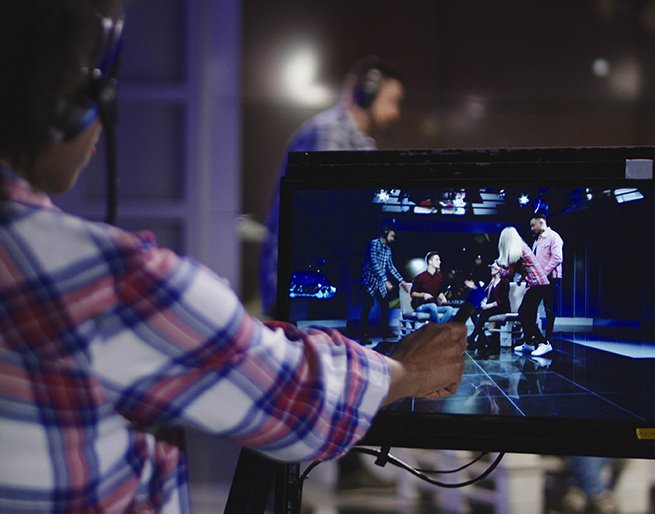 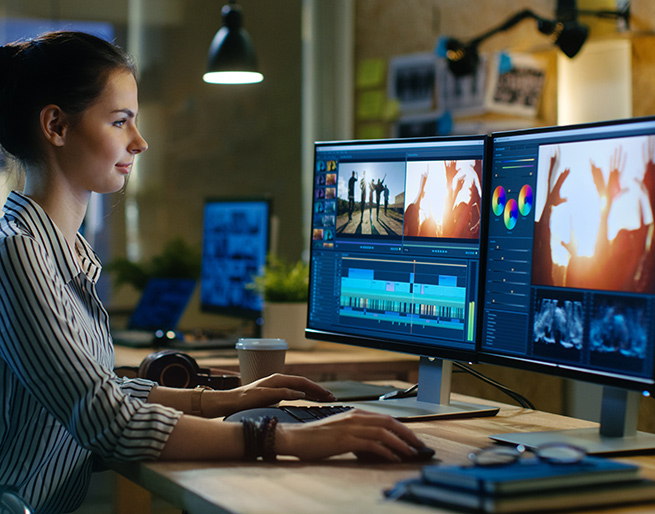 Unlike more general-purpose NVMe storage arrays, the Quantum F-Series was designed specifically for the video and image-based workloads that are critical to our customers. This content can be high-definition video used for movie, TV, and sports production, marketing and advertising content, or image-based workloads that require high-speed processing, such as the data from a satellite feed, a drone, a car used in the development of automated driver assistance systems (ADAS), and more.

The F-Series uses NVMe flash drives for ultra-fast reads and writes and to support a huge amount of parallel processing. In addition, F-Series uses the latest RDMA networking technology to provide direct access between workstations and the NVMe storage devices, to provide predictable, ultra-fast network performance.

F-Series NVMe servers are deployed as part of a StorNext® scale-out file storage cluster. StorNext data management moves files and folders between NVMe storage pools and other storage pools, so customers can take advantage of the performance NVMe provides for the workloads that require it, while continuing to use lower-cost storage for data where performance is less critical.

The Quantum F2100 is the newest generation of NVMe storage ready to re-invent your storage workflows with performance that is now twice as fast as the previous generation system–up to 55 GB/s multi-client read performance*–and now offers up twice the capacity as well with up to 737 TB in a single 2U system.
*Pre-Release Systems tested with StorNext client performance tool 'vidio' with --fa4k uncompressed 4K video frame size benchmark runs with 6 simultaneous client writes

The new Quantum Block Storage Platform 2.0 software takes full advantage of the latest hardware architecture to deliver that performance and capacity in a dual-controller architecture that is fast to upgrade, and easy to manage.

Both controllers drive the 24 bays of NVMe Flash storage together for efficient load-balancing across your choice of either 4 ports of 100 GbE or 8 ports of 32 Gb Fibre Channel.

NVMe is much faster than traditional flash storage, provides extremely low latency and instant response times for workloads that require a large amount of parallel access.

A single F2100 system can match the performance of much larger SSD or HDD systems—delivering extreme performance for your users in a much smaller package.

NVMe, RDMA, and Other Emerging Technologies

NVMe for Media & Entertainment: Maximizing the Benefits of Flash for Video Workflows