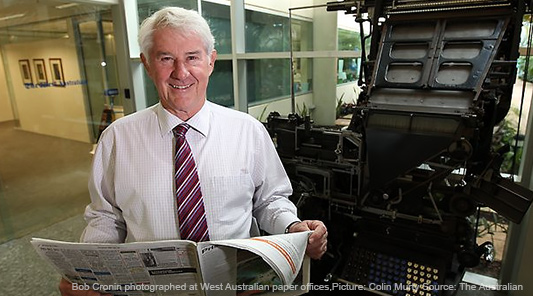 The implementation of the new infrastructure has been ‘set and forget’.

WA News’ legacy IT system was unable to keep up with persistent data growth. As a result, backups were exceeding their target backup window, and restores, which had to be made from backup tapes, were slow.

“With a large amount of data to protect, backups of the 12TB enterprise vault could take as much as 65 hours,” Jamie Cowell, Team Leader of Infrastructure Services says. “And with about one or more data restore requests per week, restores were also very, very slow.”

Finding a System to Cope with Data Growth

Cowell and his team knew that they had to improve their data protection process in order to meet their internal goals and accommodate future data growth. A planned data center refresh presented them with the perfect opportunity, so they began looking into various options. Having had a positive experience with the Quantum Scalar® i40 tape library for monthly backup consolidations, WA News also looked into Quantum’s complete data protection offerings. The Quantum DXi®-series of disk-based backup appliances appealed to WA News for several reasons. First was Quantum’s integrated deduplication capability. Second was the DXi appliance’s ability to scale in capacity and performance to accommodate WA News’ predicted data growth.

WA News and Quantum developed a solution customized for the paper’s needs. In addition to a DXi6702 midrange disk appliance with integrated deduplication, WA News also opted for two Scalar i80 tape libraries. One library was part of a local disk-to-disk-to-tape (D2D2T) solution. The other was for offsite archive of data to be used in the unlikely event of a complete disaster.

Since deploying its new D2D2T solution, Cowell and his team have been pleased with the results. The Quantum DXi6702 performs 500% faster than the Sun VTL Prime it replaced. In addition, the DXi6702 provides capacity to store as many as 50 days’ worth of backups. Because WA News has had such a positive experience with its DXi6702, the paper recently deployed a Quantum DXi6802 at a remote location for disaster recovery. Each night, the DXi6702 uses its built-in replication capability to forward the day’s backup across the WAN to the DXi6802, thereby providing an alternative to tape-based disaster recovery.

First published in 1833 in Perth, The West Australian (WA News) is the second-oldest continually produced metropolitan newspaper in Australia. The West Australian’s distribution network covers over 300,000 square kilometers, making it the largest in the world. WA News is part of Seven West Media, the leading multi-platform media business based in Australia.
In addition to WA News, Seven West Media includes television broadcasting, radio stations, a family of periodicals, and Internet platforms.