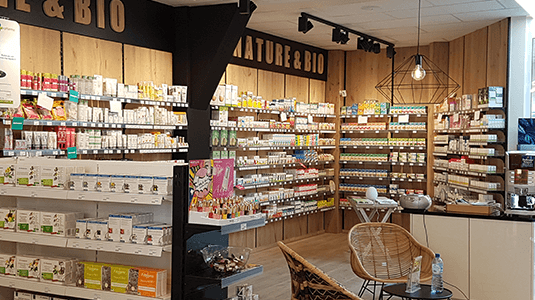 The price for each new Dell EMC Data Domain appliance was more than three times higher than the previous ones. We were over our budget by a factor of two!

In operation for more than a century, the V.Pharma cooperative supplies pharmaceutical services to more than 135,000 customers through 40 independently owned and operated drugstores. V.Pharma serves as a central point of management, handling the members’ supply chain and distributing products to them.

Preserving and safeguarding the data for the cooperative is viewed as a critical function, one carried out by a small, central IT team. Understandably, that group was alarmed to learn that they were about to be priced out of their primary backup solution.

“The price for each new Dell EMC Data Domain appliance was more than three times higher than the previous ones,” explains Vincent Raze, V.Pharma Infrastructure and Network Administrator. “We were over our budget by a factor of two!”

The company looked at every alternative they could find on the market. The team talked to different integrators and tested different combinations of hardware and software. Nothing worked until they came to integrator MT-C.

MT-C recommended Quantum DXi appliances. “We have had a great deal of experience supporting clients with Quantum and Veeam, and we were certain that represented a winning combination for V.Pharma,” explains Valery Guilleaume, MT-C founder.

The solution solved all of V.Pharma’s backup AND budget needs. “The DXi pricing was much better than we saw from Dell EMC, and it had the further advantage of not requiring an Enterprise license for Veeam,” explains Raze.

“And we gave up nothing in performance or effectiveness.” The overall deduplication rates of the new Quantum appliances matched those of the more expensive appliances. The team saw overall reductions of around 90% with both, and the DXi performance was faster.

The company replaced its Dell EMC units with two DXi4700 appliances, and set the Veeam software to send backups to one DXi and manage replication of the backup set to the second DXi at another site for disaster recovery.

“The overall backup and replication process was faster with the DXi-Veeam combination,” Raze notes. “We saved between 30 and 45 minutes on each backup, and we were able to take advantage of the Veeam Data Mover Service (VDMS), something that was not possible with the earlier products.”

“What I want most from backup—besides good performance and a low cost—is to be able to set it up and forget about it,” Raze explains. “The combination of MT-C, Quantum, and Veeam gave us everything we wanted. I can’t imagine a better outcome.”

V.Pharma is a cooperative of 40 drugstores in Belgium that has been in operation since 1886. Today, it serves more than 135,000 customers in the area around the city of Verviers. All V.Pharma drugstores operate independently, but they are served by a common centralized services organization that manages the cooperative’s supply chain, provides IT resources, and distributes products to the Group’s members.