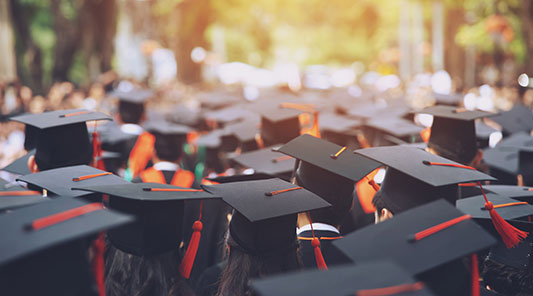 We followed Pivotal Data Solutions’ advice, decided to go with Catalogic and Quantum and we couldn’t be happier—the new system has solved all of our backup problems and has done exactly what the teams promised it would.

Southern Utah University is a premier institution of higher learning, for years included in the Princeton Review’s lists of both “Best Colleges” and “Best Value Colleges.” “We like to think that our IT department provides the same combination of quality and value,” explains Josh Foremaster, the University’s Assistant Director of IT Operations. “We have a much smaller staff—and a proportionally smaller budget—than the larger schools in our region, but we leverage careful planning and research to provide the same, or even higher levels, of support for our students and faculty.”

The IT department needed dramatic changes in data protection. Earlier, when all the servers were physical, they relied on file-based backup software. But as the percentage of VMs approached 90%, backups became too complicated. Scheduling was complex, restarts were common, VM support never seemed well integrated, and the interface become too complex.

The system also required too much storage, with the RAID arrays for backup eventually reaching 50 TB. Restores were another problem. “To recover a single file, we had to rebuild the whole VM first, something that always needed somebody on the IT team to manage. It often took hours to get it done, becoming a real burden both for the sys admins and the people who were waiting for files.”

The IT team needed backup software with better VM support and hardware with better data compression. After two disappointing false starts, they asked Pivotal Data Solutions for advice. “Pivotal was absolutely wonderful,” Foremaster explains. “They knew the problems we were facing and gave us an incredibly complete summary of different options, including plusses and minuses for each. It really gave us confidence.”

Pivotal recommended data protection software from Catalogic Software and a Quantum DXi® deduplication appliance. “We followed Pivotal’s advice, decided to go with Catalogic and Quantum, and we couldn’t be happier—the new system has solved all of our backup problems and has done exactly what the teams promised it would. It was a real relief to find products that live up to their marketing.”

In the new system, Catalogic DPX backs up all the VMs and physical servers to a single DXi4800. “The configuration was simple, the support team quickly helped us through the usual startup glitches, and it works just as we had hoped. Scheduling backups has become a snap, and everything just works. We don’t need to watch over it or restart jobs anymore.”

Restore problems have also been resolved. “We can restore any single file from within a VM easily and quickly, and it is designed to let many of our end users, including our web development team, restore single files themselves without needed any help from IT. They get files in minutes instead of hours, and our IT team can spend their time working on other issues—it really is a win-win.”

Quantum deduplication was another major advance. “After seeing poor results from other competitors, it was wonderful to see that the Quantum dedupe solution really delivers what it promised. We wrote over 23 TB of backup data to our DXi, it gobbled up the data quickly and easily, and stored it in just under 4 TB—it’s like finding free space in the data center! Quantum also worked with us through the whole process, including helping us with strategies to maximize value within our budget.”

Technical support has also been a highlight. “We know we are not the largest institution in the university system and don’t have the largest budget, but you’d never know that from the response we got. Everybody involved—Pivotal Data Solutions, Quantum, Catalogic— responded quickly when issues came up and went the extra mile to make sure everything worked. We can’t recommend this solution highly enough.”

Southern Utah University is a caring campus community where students come to explore their interests and prepare for meaningful careers and life experiences. With more than 145 undergraduate programs and 18 graduate and certificate programs across six academic colleges, SUU proudly offers world-class, project-based learning opportunities where students gain professional experience before entering the job market. For many years, the University has been widely recognized for its combination of academic excellence, community involvement, and overall value. The accolades include appearing in The Princeton Review’s lists of “Best Colleges” and “Best Value Colleges”; being one of only 40 public institutions to be included in the US News & World Report’s Best of the West annual collegiate rankings; and being listed by Institutional Research and Evaluation, Inc as one of America’s 100 Best College Buys.

Pivotal Data Solutions is an IT solution provider offering a wide range of technologies and services for every aspect of your environment. The Pivotal team delivers custom solutions with exceptional value for your unique goals and challenges and does everything possible to make your job easier. IT is a rapidly changing landscape, so it helps to have some of the best experts in the industry to advise, plan, and implement the latest technology to increase productivity, reduce risk, cut costs, and make IT easier to keep business moving forward.