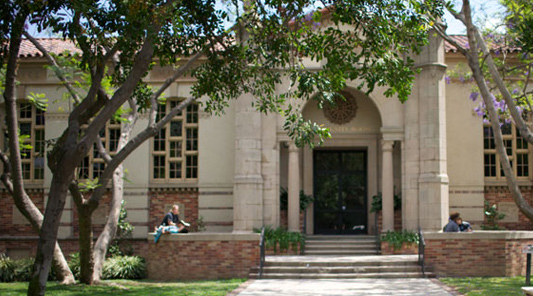 Having our backup on one central DXi appliance makes it much more manageable, and it’s proven so flexible that I’m confident even if we switch servers, applications or even change our virtualization strategy, the DXi will still always hold the data.

School District Gives DXi System an A+ for Backups

Backup can be complicated, particularly when the job combines different data types, applications, backup systems, and retention requirements. For many IT departments, the addition of high levels of virtualization can push them to the breaking point. That was the situation facing Gen Naydo, the director of technology for the South Pasadena Unified School District. The IT team is responsible for protecting almost a terabyte of data, encompassing critical student records and administrative files spanning five schools, 4,000 students, and more than 500 employees—data that the State of California requires the district to maintain.

When the district moved to virtualize 15 of its servers, the complications in the backup process quickly began to mount. Although virtualization can streamline the IT job and reduce costs, it can also increase backup complexity.

After assessing the problem, Naydo decided deduplication would be important for load reduction. He originally explored the idea of using the deduplication feature in his backup applications. However, the team at reseller ICC had a different recommendation. They explained that outcomes were unpredictable with software deduplication, especially in virtual environments, but that they had seen consistent success with Quantum DXi deduplication appliances. Naydo opted for the Quantum solution.

The first thing Naydo noticed about his new backup system was that it was much more stable than it was previously.

“We used to have multiple failures a month, and since we’ve installed the DXi it’s been great—the backup hasn’t failed once,” he reports. Moreover, thanks to the speed of the DXi and its extremely efficient data deduplication, the district is able to protect more of its data and systems than ever before.

“Slow backup speeds with the old system meant that we had to pick and choose what to back up— say, these home folders and that database,” explains Naydo. “The DXi has given us faster backups so now we can just back up everything.”

Restores are also both easier and faster now.

“Locating and restoring a lost file used to take a couple of hours each time,” says Naydo. “And if an entire machine went down…It would take hours to rebuild it. Now with all backups centralized on the fast DXi appliance, restores take as little as 15 minutes.”

Naydo is extremely pleased with the results from his transition to the new DXi system.

“Having our backup on one central DXi appliance makes it much more manageable,” he says. “And it’s proven so flexible that I’m confident even if we switch servers, applications or even change our virtualization strategy, the DXi will still always hold the data. You can never have enough good backups, and now thanks to Quantum I feel much more comfortable with what we’ve got in place.”

The South Pasadena Unified School District encompasses five schools and 500 employees serving the needs of over 4,000 students, their families and the surrounding community of Pasadena, California.