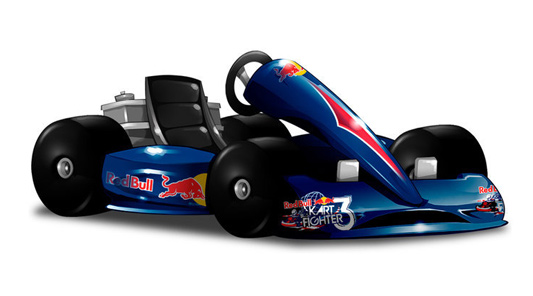 StorNext not only helps make producing and airing content faster, but it also dramatically reduces system administration overhead since the process is now automated.

Launched in 2007, Austria’s Red Bull Media House broadcasts content from Servus TV and post-production company Terra Mater, as well as its own work. Each operated its own workflow and archive system, with different functions needing different applications that were installed on a different mix of operating platforms. Additionally, sharing and delivering content was done manually via FTP.

“These three isolated workflows did not communicate with each other,” says Andreas Itzlinger, Media Systems Engineer for Red Bull Media House. “This meant delays in completing projects, and with more hardware there was a higher risk of failure.”

Archived clips had to be ordered through a ticketing system. Then someone had to locate the tape, copy the content, and move the file to the SAN. It could take hours to retrieve a small clip, and accessing a large project could take up to one full week because they could only be staged on the weekends— otherwise, they would have blocked daily business. This was much too slow for today’s fast-paced content production.

Based on their prior positive experience with the StorNext File System, Red Bull Media House decided to deploy a new StorNext installation with both the file system and StorNext Storage Manager. They added 300TB of SAN-based disk storage capacity and a Quantum Scalar® i6000 tape library for long-term archive. With the StorNext system in place, Red Bull Media House users now have an efficient workflow. Whether the companies are using FinalCut Pro on Mac OS, Vantage transcoder software on Windows, or FFmbc on Linux, they can all access the same content over the StorNext File System using high-performance connections.

“Getting clips, which previously took four to six hours, now takes only five minutes—which is greatly appreciated by all the users,” reports Itzlinger. “We no longer have to wait for weekends and we can fulfill all orders in parallel.”

Running alongside the StorNext File System, StorNext Storage Manager serves as the tiered archive engine. When new content is placed onto the disk-based primary storage tier, Storage Manager automatically creates two copies of all files—one copy is kept in the archive; the other is shipped offsite for disaster recovery protection. Editors and producers access archived content using the same StorNext interface regardless of whether the content is on the disk tier or in the tape library.

“StorNext not only helps make producing and airing content faster, but it also dramatically reduces system administration overhead since the process is now automated,” says Itzlinger.

The Red Bull Media House is the center of the global Red Bull media network across all relevant media channels and products. It creates, produces, broadcasts, and streams
a unique variety of media content in lifestyle, fun, and sports activities. Red Bull Media House provides its media partners with business opportunities in the fields of TV, print, mobile, digital, and music, offering them fast access to fresh and innovative media content.