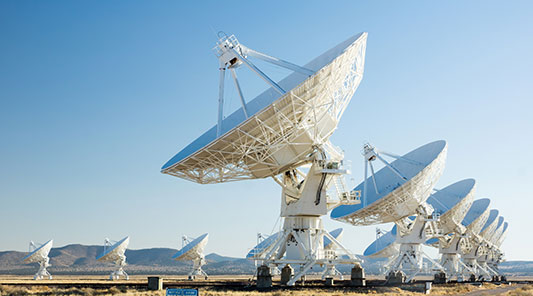 We got a smart solution for storing much more data for less money than others, one that’s easy to manage, and that requires no daily work at all. There’s nothing for us to do anymore…We just put this in and it works. It just works, which is nice.

Radio Frequency Systems (RFS) has provided cable, antenna and cellular solutions for more than 110 years. Now part of Alcatel-Lucent, RFS has about 1,800 employees in five countries. At its Hanover facility it backs up about 8TB of data, a figure that’s growing by 10 to 20% a year, and it virtualizes about 85% of its infrastructure.

REPLACING A SYSTEM THAT FELL A LITTLE SHORT

RFS Hanover has two locations, each with an ESX-server farm. For redundancy, VMs located in the first building are backed up to tape locally and to disk in the second building. Building 2 maintains a replica of Building 1’s VMs, and it backs them up as well. It was using esxRanger software and a VMware ESX server for that task, but the backups were inefficient, with daily backups taking up to 8 hours and weekend fulls up to 12 hours.

It was time for a change.

RFS’s Hanover IT began searching for a new VM backup solution that would be relatively inexpensive and easy to manage.

After much research, RFS switched to Veeam Backup and Replication for its ESX farm, gaining convenience, reliability, fast recovery, and bringing backup and replication together. It also offered recovery time objectives of less than 15 minutes, meeting the requirements for Tier-1 applications.

“The Veeam solution was easy to install, is easy to manage, and requires minimal time for daily maintenance,” Falko says. He estimates he spends about five minutes a day maintaining the system.

But they were still relying on legacy backup hardware and Falko wanted a more robust solution.

QUANTUM/VEEAM SOLUTION BRINGS IT ALL TOGETHER

Falko saw the Quantum DXi4701 at a CeBIT conference, had read about its variable length deduplication, and he liked the DXi’s capacity-on-demand scalability. He also knew it would work well with Veeam.

So RFS selected the Quantum DXi4701 as the new disk backup target. The DXi was integrated into RFS’s existing system in just a few hours. “We attached the device and mounted it directly to the Veeam backup and recovery, and the files replicated there automatically,” Falko says.

“We got a smart solution for storing much more data for less money than others, one that’s easy to manage, and that requires no daily work at all,” Falko says. “There’s nothing for us to do anymore. Just one backup, but we haven’t had to do anything on the machines. We just put this in and it works. It just works, which is nice.”

A 90% DATA REDUCTION AND HALF THE BACKUP TIME

The new system has reduced backup application costs, reduced daily backup widows from eight hours to four, and has saved 25TB with a deduplication ratio of 9:1.

“After looking around, we realized this was a good solution, maintenance-free, which was a very big point for us. We’re just two IT guys supporting more than 300 users,” Falko says. “Now we can just kind of forget about the system. We’ve spent hardly any time on maintenance and monitoring.”

“It gives us much more freedom and flexibility,” he says. “We don’t have to worry about the system. It’s a simple matter of tagging the automatic backup in Veeam, and like ‘fire and forget,’ the system is backed up with redundancy.”

Veeam enables the Always-On Business by providing solutions that deliver Availability for the Modern Data Center, which provides recovery time and point objectives (RTPO) of <15 minutes for all applications and data. Veeam addresses the challenges of keeping a business up and running at all times with solutions that provide high-speed recovery, data loss avoidance, verified protection, leveraged data, and complete visibility.