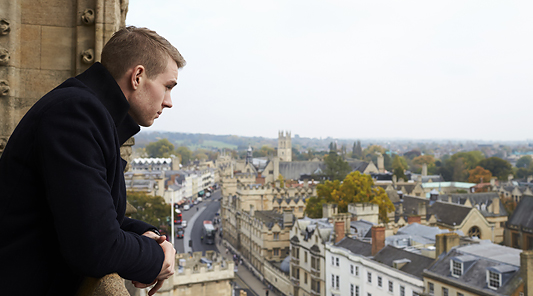 We believe that the QXS arrays will give us the performance advantages of solidstate drives while keeping costs low. We already have the migration software [QTier] in place.

Oxford University is not only the oldest university in the English-speaking world, but also one of the most influential—to date, more than 50 Nobel Laureates and 50 world leaders have been directly associated with it. The most recent addition to Oxford’s independently governed colleges is the Oxford Martin School, founded in 2005. The Oxford Martin School provides a unique environment to fund projects that combine disciplines to address the most significant problems facing the world’s future. Today, approximately 250 researchers are engaged in more than 20 active programs, ranging from innovations in food sciences and healthcare to methods for geo-engineering and ways to advance human rights.

Flexible it Needed for Innovative Research

A collaborative research team requires a dynamic and flexible approach to IT. “Above all, we need to remain flexible and adaptive to the sometimes rapidly changing needs of the research teams,” explains Andrew Foulsham, IT manager at Oxford Martin School, “and we need to be certain that we keep the teams’ data safe and continuously available.” Initially the school used direct-attached arrays, but found management was time-consuming, and data availability was an issue.

The team decided to move to consolidated storage and a virtualized server environment. “We knew that centralized storage over a SAN could increase access speeds for research teams, would make it easier to scale when we needed more capacity, and would also make it much easier for us to manage a pool of available storage,” explains Foulsham. “Virtualization would make it much easier and faster for us to create new applications and shares as our research teams launched new projects, changed ones underway, or moved to different locations. Also very important for an institution dedicated to making the future better, it would consume significantly less power and cooling resources.”

The new installation virtualized roughly a dozen servers and connected to 24 TB of QXS RAID. Besides making it easier to set up shares and improving data availability, the system is much faster. “On the very first day that one of our web developers used the system, he noticed that it had what he called ‘insanely faster performance,’ and we have seen substantial gains across other applications as well,” Foulsham adds. “The new system also provides substantial savings for the school. We project that we will save tens of thousands of pounds for Oxford Martin over the next few years.”

Exemplary Reliability and Path to SSDs in the Future

The new system has dramatically improved reliability as well. “In the nine months since we launched the system, we have not had a moment of downtime, and the service from Park Place Technologies has been exemplary,” says Foulsham. “Early on, we had a controller failure in the arrays, but never missed a beat. The system was built with redundancy, so it kept on working throughout the event, and the next morning the replacement module was installed without any interruption of service.”

QXS hybrid storage arrays have also given the IT team the option of easily adding SSDs to its storage mix. The Oxford Martin team wanted the performance of flash, but using SSDs for all the storage was too expensive. Quantum’s hybrid arrays offer the alternative of adding a layer of SSDs to the spinning disk and using Quantum Q-Tier™ to move the most active files to the flash tier. “We believe that the QXS arrays will give us the performance advantages of solid-state drives while keeping costs low. We already have the migration software [Q-Tier] in place.”

The Oxford Martin School’s community of more than 200 researchers, from Oxford University and beyond, are working to address the most pressing global challenges and opportunities of the 21st century. Each of the school’s projects brings together academics from more than one field to create the collaboration needed for studying and tackling complex global issues, including climate change, disease, and inequality, and each is designed have an impact beyond far beyond academia. The Oxford Martin School supports novel, high-risk, and multidisciplinary projects that may not fit within conventional funding channels because it believes that breaking boundaries can produce results that could dramatically improve the well-being of this and future generations.

Since 1991, Park Place Technologies has provided an alternative to post-warranty storage, server, and networking hardware maintenance for IT data centers. Supporting more than 10,000 organizations in over 100 countries, Park Place Technologies offers an exceptional customer experience, superior service delivery, and an operational advantage for businesses ranging from government, higher education, and healthcare institutions to cloud service providers, SMB, and Fortune 500 companies.