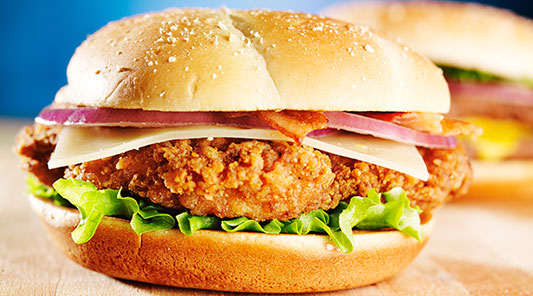 The DXi V1000 is the perfect solution for our smaller branch at Bad Iburg – it has a very good deduplication rate for both virtual and physical servers, it is affordable, and having a virtual appliance is particularly suitable for decentralized operations.

In 2009, high data growth meant that the legacy tape systems at the OSI Group’s headquarters in Günzburg and in several of its branches could no longer handle the volume, making backup windows far too long.

The company responded by replacing the tape libraries with Quantum DXi® disk appliances in the Günzburg headquarters and the largest satellite branch. Local backups went to the appliances, and replication provided daily off-site protection. Backup windows were cut in half, eliminating the conflict with production schedules, and replication eliminated daily tapes.

Then in 2014, the IT team felt like they were having déjà-vu. Data had more than doubled again, new sites were added, and the company had virtualized over 90% of its servers. The combination created new data protection headaches.

“VMs are easy to deduplicate, but they take up quite a bit of storage space in the backup systems,” Müller said. “In short, we were running out of space and time…again.”

OSI CONTINUES WITH QUANTUM AND ITS PARTNER FLORESTAN

The IT team liked their original DXi appliances, so they contacted Quantum and Florestan to help update their system. The headquarter’s DXi appliance was replaced with a larger, more scalable model, and new appliances were installed at six other sites across Europe.

Key to the program’s success was setting up effective, multi-site replication. With the new system, the headquarters carries out weekly full backups and daily incrementals. The other locations do daily full backups to make restore easier. Parallel replication between different locations retains redundant copies to protect all sites for DR purposes.

“The results have been wonderful. Thanks to the Quantum deduplication appliances, everything, backup and replication, runs automatically,” Müller said.

Müller is delighted by the savings enabled by the deduplication technology. Overall, the deployments reduced backup volumes by more than 85 percent across all locations, and one site is seeing a deduplication rate of a full 155:1.

“We have already had to perform several restores – individual data is restored much faster than with the old systems. And the deduplication appliances also reduce the failure rate because we don’t need to exchange tapes in the library anymore. That makes things much easier.”

“The DXi V1000 is the perfect solution for our smaller branch at Bad Iburg – it has a very good deduplication rate for both virtual and physical servers, it is affordable, and having a virtual appliance is particularly suitable for decentralized operations,” Müller said.

The core business of the OSI Food Solutions Germany GmbH (OSI Group) is the large-scale processing of high-quality, food products, including beef, pork, and chicken. One of its most prominent customers is McDonald’s, which depends on the OSI group as a major, worldwide supplier. The OSI Group has roughly 20,000 employees at more than 50 production sites in 18 countries, and it delivers food products to businesses in more than 80 countries. OSI Foods Solution Germany GmbH in Günzburg provides IT, finance, and controlling services to the European affiliates of the OSI Group, including the offices in Duisburg, Günzburg, Bad Iburg, Neuss, Denzingen, and Traunstein. For more information about the OSI Group, please visit: www.osigroup.com.