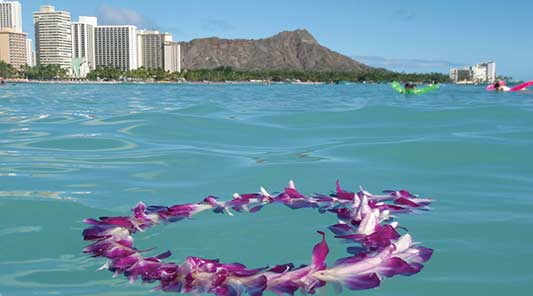 If you have shot it, and can’t find it, it doesn’t exist. With CatDV all that media tail-chasing has gone. Now, we can find and use any clip we want, at any time. In fact, it’s a breeze.

Launched in 2009, ʻŌiwi Television was created to establish a TV, production, and media enterprise dedicated to Hawaiian culture and language. Though the operation started small, it grew quickly. Today, engaging content is delivered across on-demand, web, and social media platforms, reaching more than 140,000 viewers on the TV channel alone every month.

As ʻŌiwi TV expanded in its first few years, it needed a new way to organize and provide access to rising volumes of content. “We were growing in size and scale, and developing an ever-growing inventory of media assets,” says ʻŌiwi TV co-founder and CEO Keoni Lee. “But we became increasingly uncomfortable by the thought that the storage location of media assets came down to the information stored in people’s heads.”

The critical need for efficient asset management was in sharp focus as the channel prepared to cover the Mālama Honua Worldwide Voyage.

Organized by the Polynesian Voyaging Society, in collaboration with ʻŌiwi TV, the waterborne odyssey would circumnavigate the globe—aboard the double-hulled Hōkūleʻa canoe. The mission was to perpetuate the art and science of traditional Polynesian voyaging so that ancient wisdom might inspire contemporary solutions.

The ʻŌiwi TV team needed a way to organize the terabytes of RAW material that would be generated by the project. “We had a basic folder system in place and could reference media based on time/date metadata,” says Lee. “But with four years of material already accumulated, and the Mālama Honua Worldwide Voyage on the horizon, we realized that we needed something much more robust, with more features and capabilities to ingest, log, tag, manage, and turn around the boatload of footage that was coming our way.”

Preparing for the Worldwide Journey with CatDV Asset Management
To support the large volume of content that the voyage would produce, and to prepare for continued growth of the business, the ʻŌiwi TV team chose to implement CatDV Asset Management. “The concern was that if you have shot it, and can’t find it, it does not exist,” says Lee. “However, with CatDV all that media tail-chasing has gone. Now, we can find and use any clip we want, at any time. In fact, it’s a breeze.”

With CatDV, ʻŌiwi TV gained a robust system that could handle the 18 TB of RAW material captured on the Mālama Honua journey. The solution also enabled the team to implement an efficient workflow for the voyage.

Onboard the support canoes, the production team referenced a two-page laminated sheet of keywords, pre-programmed across all CatDV systems. Using those keywords, team members could expedite logging and help ensure accuracy for media management and searching later on.

RAW footage was ingested into CatDV as low-resolution proxies. Footage was logged and tagged with the keywords into separate catalogs, dependent on the different shoots and locations of the voyage. Using an onboard satellite connection, these catalogs were emailed to the ʻŌiwi team in Honolulu, allowing the editorial team to both keep track of the assets and start the editorial process.

Accelerating Production Schedules
The Mālama Honua voyage demonstrated how CatDV can help get programs to air quickly and efficiently. When the first leg of the Mālama Honua expedition ended in New Zealand, all RAW media was flown back to Honolulu on hard drives and ingested via CatDV to the server. The editorial team then quickly relinked the RAW footage to the EDL in Adobe Premiere and fine-tuned the edit.

Providing an End-to-End Workflow
Even when the ʻŌiwi TV team is working on dry land, Lee is highly appreciative of the streamlined workflow that CatDV enables. “The CatDV Server, Worker Node, and licenses all work harmoniously together,” says Lee. “CatDV was the only asset management system we found that encompassed the whole workflow. The tight integration with NLEs, especially Adobe, means that the overall experience—from camera-to-post—is fast and smooth.”

Envisioning CatDV as a Natural Extension of Digital Production
What would Lee say if asked to recommend CatDV? “If you’re in video production, shooting for multiple clients, and planning on keeping and reusing the footage, then CatDV is a no-brainer,” says Lee. “These days, production is digital, and CatDV is a natural extension of the workflow that will save you precious time. I would not dream now of making content without a seriously good system like CatDV. It’s been a paradigm shift that is proving invaluable.”

ʻŌiwi Television produces documentaries, news, and multimedia content from a uniquely Hawaiian perspective. The stories that ʻŌiwi TV tells are shaped by an aspiration to revitalize and affirm a positive native Hawaiian world view.