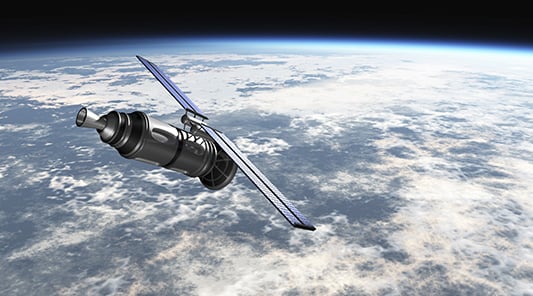 We needed a robust storage system that could scale to handle massive data sets stored on multiple types of media. We also needed a stable solution that could support 24/7 operation.

Every day, NASA's Earth Observing System satellites beam down terabytes of data about the earth, oceans, and atmosphere. The data is made available to climate researchers around the world using NASA's Earth Observing System Data and Information System (EOSDIS)—one of the most ambitious data projects ever conceived. The storage of this irreplaceable information is entrusted to Quantum's data management software.

Since going online in 1999, NASA's EOSDIS has become one of the world's largest and most active data repositories. Every day, it receives 3 terabytes of new data and distributes 2 terabytes of existing information to researchers around the world, giving hundreds of thousands of users access to more than 20 million files containing over a petabyte of information.

The core EOSDIS components were developed by Raytheon Imagery and Geospatial Systems. “This data is a national resource that will provide tremendous insight into how the earth is changing,” says Raytheon's Project Technical Director. "Storing it, organizing it, and making it available to researchers are critical tasks and a huge challenge."

The scale of the task meant that the system needed to be structured so that applications could write data and read it directly from automated tape libraries. "…we needed a robust storage system that could scale to handle massive data sets stored on multiple types of media,” Raytheon's Project Technical Director explains. “We also needed a stable solution that could support 24/7 operation.”

Key to EOSDIS success was developing a system for managing high-speed disk cache that keeps metadata persistently available for rapid searches of millions of files and petabytes of primary data that are stored on tape. Quantum's data management software ties the whole system together and lets users access it effectively.

“The completed system lets us get the most efficient use possible out of our storage resources,” Raytheon's Project Technical Director continued. “It gives us a high-performance, very resilient storage environment, easy access to the data from all our applications, and it gives us massive resource leverage. All of the file retrieval, staging to disk cache, and delivery as a file or duplicate set of media happens in the background.” To the users who access the data through the EOSDIS Web site, data appears as though it were stored in a single database.

Support from Quantum that helped with system architecture and provided ongoing service was critical to the project's success.Raytheon's Project Technical Director concludes, "Overall commitment to this project from the primary vendors has been one of the keys to its success.”

The Earth Observing System (EOS) is the centerpiece of NASA's Earth Science Enterprise. It consists of a science component and a data system, supporting a coordinated series of polar-orbiting and low inclination satellites for long-term global observations of the land surface, biosphere, solid Earth, atmosphere, and oceans. By enabling improved understanding of the Earth as an integrated system, the EOS program has benefits for us all.