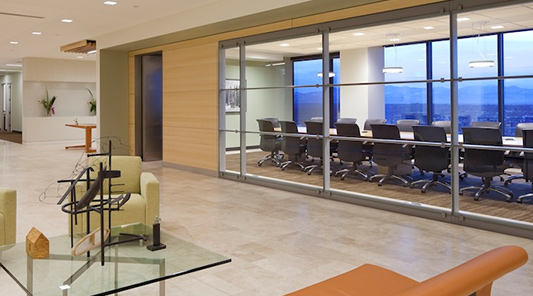 We haven’t had an ounce of trouble with it. With our old system, I’d wake up in the middle of the night with nightmares of failed backup jobs. But since we started using the comprehensive DXi and Scalar solution from Quantum, our backup failures are pretty much nonexistent.

Even Small Businesses Need the Peace of Mind DXi Provides

Without the IT staff of larger organizations, small businesses need both simplicity and reliability in their data protection solutions. Monticello Associates replaced an old tape backup system with a Quantum DXi® appliance and Scalar® tape library. The result: A simplified, accelerated backup process that provided the foundation for a more comprehensive data protection strategy.

Monticello Associates is an asset management and investment consulting business that has two data centers, one onsite at its Denver headquarters and a second for business continuity and disaster recovery at a facility nearby. While it’s a small business, Monticello is growing quickly, with a long-term strategy that envisions the adoption of new technologies and services like desktop virtualization.

When Trevor Fougere, Monticello’s IT Director and Computer Systems Analyst, joined the firm in 2007 as its lone, full-time IT professional, one of the first things he noticed was that the company had an antiquated backup system.

“Basically we had old tape, old tape drives, and an older-generation server. It just wasn’t 100% reliable,” he says.

Having long worked in the financial services industry, Fougere knew this was a serious problem for Monticello. As a stopgap, he implemented a disk-to-disk-to-tape (D2D2T) system with a single LTO-2 tape drive. But as Monticello grew its infrastructure and added a virtualized environment, the company needed to upgrade its data protection.

Fougere wanted a system that was faster for both backup and restore, more reliable and less costly than his current system, and one that reduced the cost of tape and minimized manual handling. He also needed it to incorporate support for Monticello’s legacy LTO-2 tape and accommodate a virtualized environment.

“From a capability/performance standpoint, the Quantum-based solution was tailor-made for our needs,” he says. “I really liked the idea of having an integrated solution, and I’m very familiar with Quantum.”

The DXi solution has delivered impressive performance. Full backups are set to run after close of business on Fridays and are usually done by early Saturday morning—just a fraction of the time they used to take. And the system is reliable.

“We haven’t had an ounce of trouble with it,” says Fougere. “With our old system, I’d wake up in the middle of the night with nightmares of failed backup jobs. But since we started using the comprehensive DXi and Scalar solution from Quantum, our backup failures are pretty much non-existent.”

Overall, the new solution has been a perfect fit for a small business like Monticello Associates.

“Compared with some of the other vendors and VARs we spoke to, working with Quantum and H.A. Storage Systems has been a pleasure,” says Fougere. “We’re really happy.”

Monticello Associates is an independent asset management consulting firm providing non-discretionary investment advisory services. Founded by B. Grady Durham in 1992, the firm’s singular focus on endowment and foundation clients and high net worth families has been integral to its success. With headquarters in Denver and an additional office in Cleveland, Monticello Associates —named after the home of Thomas Jefferson—has grown into one of the country’s leading asset management consulting firms. Still headed by Mr. Durham, the company today works primarily with many of the most prominent museums, hospitals, schools, and families in the United States.