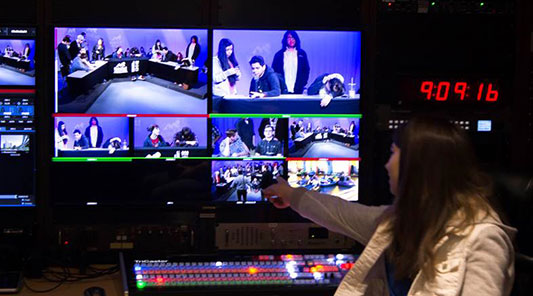 With the QXS1200, not only did we get much faster performance, but we figure that the system will pay for itself in just a few years with the savings.

In the early days of MetroEast, digital production relied on siloed editing stations. “People put content on removable drives, which were then carried around from station to station,” says David Elkin-Bram, MetroEast’s CIO. “It wasn’t that uncommon to have them dropped — often destroying all the work.”

The MetroEast team needed a solution that could provide shared access to common storage resources for projects. Performance, scalability, compatibility with Apple-based editing bays, cost-effectiveness, and ease of use were among the top priorities.

“StorNext had direct Fibre Channel connections that could support the performance we knew we would need,” says Elkin-Bram. “It used traditional block-based RAID for redundancy...and the pricing was clear. We also had someone on staff who had worked with and liked a very similar and compatible product, Apple’s Xsan.”

The solution provides the shared access that MetroEast requires. “It has worked incredibly well for us — allowing everybody to access common storage from our six edit bays,” says Elkin-Bram.

To support more work in high-resolution formats, such as 4K, the organization adopted StorNext QXS-1200 disk storage. “The old storage arrays just couldn’t keep up anymore,” says Elkin-Bram. “It was a problem especially when editors were trying to do synchronized, multi-clip editing with several windows running content at the same time.”

The new system delivered higher performance while lowering operating costs. “With the QXS-1200, not only did we get much faster performance, but we figure that the system will pay for itself in just a few years with the savings,” says Elkin-Bram.

To streamline the process of backing up and archiving files, MetroEast added StorNext automated migration and archiving software to the environment along with a StorNext LTO-based AEL Archive. The new system automatically creates copies of work in the archive, keeping multiple versions of work in progress.

“When we finish moving all of our old content into the StorNext archiving system, it will free up a huge amount of disk capacity for active work and help us reduce costs even more,” explains Elkin-Bram.

Preparing for the Future

“The technology for creating, storing, and broadcasting content is changing rapidly,” says Elkin-Bram, “Working with Quantum gives us flexibility and scale to help us deal with the next stage in our evolution.”

MetroEast is dedicated to education and personal growth for community members. The organization offers digital media resources to encourage artistic creation and facilitate the free expression of a diverse range of ideas and opinions.