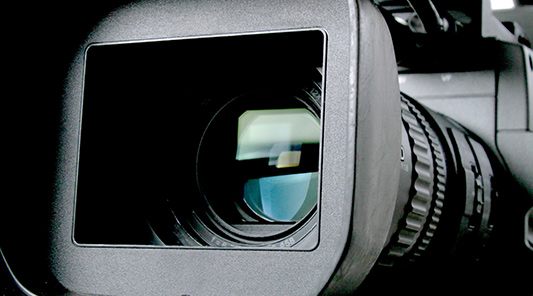 What I like about StorNext is you set it and forget it. Once you set up your relations, the file system scales with the growth in rich media files.

NO SECRET ABOUT THE BENEFITS OF STORNEXT FOR GOVERNMENT VIDEO

Supplying video and rich media content to government organizations that operate under the strictest code of secrecy was a challenge—until the Media Services Center (MSC) solved its collaboration, backup, and scalability problems with Quantum StorNext.

Media Services Center (MSC) is responsible for video post-production, distribution, and print media services. For more than a decade, MSC has provided rich media and broadcast services for its own top-secret agency and other intelligence partners. Its most widely used product is a daily television show beamed to the desktops of the agency’s remote employees. “It’s pretty much standard for everyone to go to the daily broadcast to get a fast overview of different developments,” says Keith LeValley, systems administrator in charge of the technology infrastructure that enables MSC's artistic staff to create and deliver its work.

With many common elements among stories, having producers work together would have streamlined the video production and improved quality, but collaboration rarely occurred, “because everyone was working on a separate drive,” explained LeValley. Each one “had to grab the archive material they needed, ingest it…, and then re-encode whenever they needed something from a prior project. It was a tremendous waste of time.”

And there was no formal backup—just a collection of unreliable UNIX scripts. If a drive crashed in the middle of a project, the producer had to start over. And then there was the lack of scalable storage. When video production increased and storage needs quickly flew past the terabyte mark, the direct-attached storage filled rapidly, and there was no easy way to expand. “We used to call it playing data checkers,” LeValley says. “We would move data around to make space. It was a huge issue.”

MSC experimented with several solutions, including Avid Unity MediaNetwork and Charismac’s FibreShare, before working with reseller Keeper Technology and discovering the advantages of StorNext. Installing StorNext solved the collaboration and scalability issues, and pairing it with a Quantum Scalar tape library gave MSC the reliable backup it needed.

“What I like about StorNext is you set it and forget it,” LeValley says. “Once you set up your relations, the file system scales with the growth in rich media files. The only thing you have to worry about is having enough hardware...”

Today, working collaboratively is second nature at MSC. StorNext’s high-speed file sharing gives multiple producers access to materials and projects, improving speed and efficiency. Editors and producers working on the 15-minute daily broadcast save about two hours per day over the old system, and roughly half a day’s production time per major project.

LeValley also appreciates the policy-driven tiering features in StorNext Storage Manager, which automatically backs up projects to the Scalar tape library. “I used to hold my breath every day hoping that a backup would run successfully,” he says. “Now I don’t give it a second thought.” And because StorNext scales easily, the new system now grows along with MSC’s needs.

LeValley concludes, “StorNext just flat out works, and a SAN environment is the only way to go. It’s easy to set up, easy to maintain, and well worth the investment.”