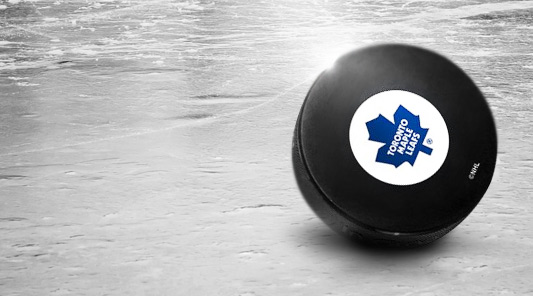 I don’t give endorsements to products very often, but I feel Quantum’s [DXi] is worthy of one. We had the ideal scenario to take full advantage of deduplication, and Quantum had the product we’ve been able to count on.

As the owner of Canadian hockey, basketball, and soccer teams, Maple Leaf Sports & Entertainment (MLSE) works around the clock on the activities of its teams, sports venues, and broadcast channels. That meant backing up business-critical data was a daily struggle until MLSE purchased Quantum’s disk-based DXi-Series deduplication and replication solution. The result: Fast backups, fewer staff headaches, and reduced costs.

MLSE is one of North America’s premier sports and entertainment companies. It owns some of the most highly coveted teams in sports, including the Toronto Maple Leafs of the NHL, Toronto Raptors of the NBA, and Toronto FC of MLS. Its other assets include five venues and three digital broadcast channels.

As MLSE’s senior director of information technology, Sasha Puric leads a 17-member group that supports the organization in a business environment that is often 24/7—normal workday activities and after-hour games and other events. As a result, the available backup window is often irregular and always short. With large amounts of data to protect, a full backup to an older tape library was taking more than 24 hours.

Beyond overcoming backup window limitations, Puric was also focused on strengthening the company’s business continuity plan in the event of a disaster. His goal was to have data on disk onsite, replicated data at a second location, and an archival set of tapes shipped regularly to a remote site.

Puric went looking for a more predictable, stable platform that would provide both simplicity and certainty. He and his team settled on a disk-to-disk-to-tape strategy with deduplication technology to make it economical. After comparative research, they selected a Quantum DXi disk-based deduplication appliance and a Quantum Scalar tape library as a proven enterprise-wide solution.

Since deploying the DXi solution, the problem of finding time for a full backup has disappeared—MLSE now does a full backup of critical systems daily and a full backup of all data weekly. Data is kept on the DXi systems for 30 days, and each week a full backup is sent to the Scalar library, with the tapes then shipped off-site.

Puric says deduplication results in “greater backup, storage efficiency, and time savings.” What once took more than 24 hours to back up is now accomplished in a matter of six to eight hours. In addition, most restores take minutes to complete. Puric also feels he has a much more viable disaster recovery strategy in place.

“The product has been extremely reliable; the replication happens and we don’t spend any time worrying about it,” Puric says. “In fact, our backup and recovery process has become a non-event.”