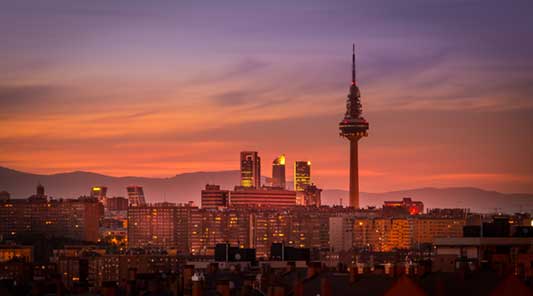 The most important thing is the stability. With the Xcellis solution, now we can focus only on the production and know that the system behind us is working.

Not every city council has its own dedicated AV team. But in Madrid, Spain, a public company called Madrid Destino provides video production capabilities for the city council in addition to managing cultural events and venues. The AV team creates a variety of promotional videos for the city and its events, such as concerts and theater productions. The video production work requires a large amount of storage capacity. Unfortunately, Madrid Destino’s aging storage environment required excessive maintenance and still had problems with reliability.

The same AV team at Madrid Destino is responsible for playing films at a city cultural center. Until recently, the team used individual hard drives provided by distributors to show films through digital projectors. Without centralized storage, the team had to delete each film’s digital file after playback. If the cultural center wanted to run the film again, it had to buy a new license. The team needed more reliable, sustainable, and scalable storage solutions for both video production and cinema playback.

For cinema playback, the Xcellis solution is similarly integrated with a Quantum tape library. The team gained a centralized environment for storing and playing back content from a single archived repository.

Enhancing Stability and Reliability for Video Production
The Xcellis solution gives the video production team a much more dependable environment than the previous one. In the past, the team occasionally lost files and faced IT issues. Now the team can focus solely on video production. “We’re not worried about the space needed, and we’re not worried about finding the files we need,” says Luis Medina Gómez, audiovisual subdirector at Madrid Destino. “All the content is safe and available.”

Reducing Costs, Simplifying Management for Cinematic Playback
By implementing an Xcellis system with an integrated archive for the cinema, the AV team has reduced the costs of showing films. Instead of paying a licensing fee for each showing, the cultural center can purchase each film once and archive it. The center can retrieve the film from the archive and play it out through the centralized Xcellis system multiple times without having to repurchase a license. The AV team can also avoid time-consuming transcoding by archiving each film in the correct format. “The Xcellis system communicates perfectly with the digital projectors in the cinemas we support,” says Gómez. “We can simply make the connection and play out the films.”

Preparing for Continued Growth
The AV team now has the storage required for delivering a growing number of videos to promote the city and share cultural events. With the scalable Quantum solution based on Xcellis storage, the team can store more assets and easily reuse assets from previous projects.

Gómez believes more municipalities and other public sector organizations should consider Quantum solutions for supporting their growing video production and post-production needs. “With this stable, scalable solution for AV content from Quantum, we can continue to deliver a wide range of content across multiple platforms—from cinema screens to social media,” says Gómez.