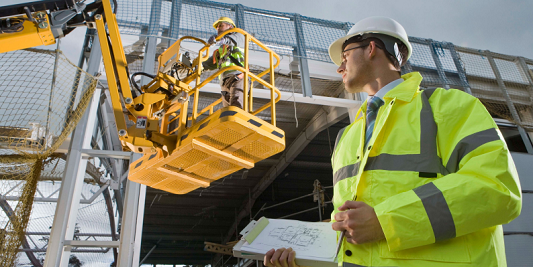 Thanks to the deduplication appliances, our disk storage requirements have gone down from 2 PB to a mere 150 TB. And the capacities of the two DXi appliances are nowhere near exhausted.

The Lindner Group has a complex server infrastructure with both physical and virtual servers on Linux and Windows platforms. Every branch office has its own server, and some large construction sites also have their own IT infrastructure.

In the past, each site backed up data to tape. But the process was prone to errors that could result in data loss. Employees at remote sites sometimes inserted the wrong tapes or forgot to change them.

To improve backup control and minimize errors, the company’s IT group decided to implement a centralized process. An initial attempt to create a centralized tape archive was only temporarily successful—data volumes soon outgrew the disk system’s capacity.

The team needed to find a new solution that could handle current data volumes and easily scale in the future. “It was clear that the new solution would definitely have to include a deduplication feature to avoid wasting capacity,” says Florian Heindl, IT administrator at the Lindner Group.

Florestan, a Quantum Silver partner in Germany, helped Lindner evaluate a Quantum DXi® deduplication appliance. Heindl’s team was pleased with the results. “With our large number of servers, both physical and virtual, we have to back up to a large number of virtual tape drives—more than our previous solution could handle,” explains Heindl. “But the Quantum dedupe technology and the large number of virtual drives the DXi supports have provided exactly what we needed.”

The new solution also holds more backups. With the previous solution, the company had only one week’s backup. Now it can retain all weekly backups, the last three quarterly backups, and the last annual backup—all on disk.

Today, the Lindner Group has an integrated, centralized backup and disaster recovery (DR) process. For all but two locations, where local data is still kept on tape, all company offices and construction sites replicate data in real time to the data center at the company headquarters. There, all the backups are written to the DXi appliances—full backups each weekend and differential backups every weekday. Backups written to the DXi system are also written to tape immediately. Once a week, the backup tapes are brought into one of several separate, protected locations where they are placed in a safe to provide an extra level of DR protection.

The new backup environment makes it simple to restore data. “With the DXi deduplication appliances, many months of backup data are retained on disk,” says Heindl. “If necessary, employees at all locations can access the data sets stored at the corporate headquarters—so they can continue working no matter what happens.”

About the Linder Group