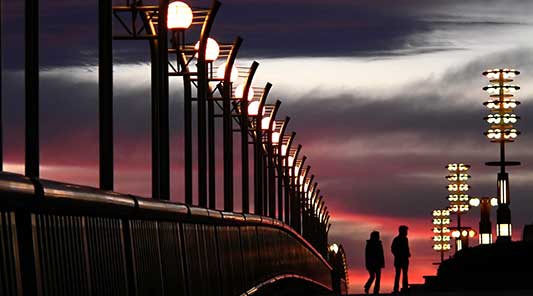 The Quantum and Veeam pairing allowed us to go from a two-day backup to just three hours.

Introduction
Operating for more than 75 years, Le Du Group is a construction business that handles networking and industrial projects in the Brittany region of France. Recently, the IT team implemented a more robust backup strategy for growing data volumes.

The Le Du IT team manages a multi-room data center and 10 remote offices spread across Brittany, France. In 2019, the team decided to modernize the organization’s IT infrastructure. A more modern infrastructure would support key corporate initiatives, such as updating the ERP system, facilitating remote work, and enabling more efficient collaboration among employees.

Modernization could also help improve data protection and security. The IT group wanted to ensure that its rising volumes of enterprise data would not be lost even if one storage environment were subject to a fire or extreme weather event. A modern data protection strategy could also help prevent data theft or destruction as a result of cyberattacks.

Implementing Tape-Based Backup with Quantum Scalar
Long-time partner Monaco Digital recommended using tape to maximize storage capacity and security while controlling costs. For the right combination of security, reliability, scalability, and ease of management, the Le Du team selected a Quantum Scalar i3 tape library. Le Du easily integrated the Scalar library with the existing Veeam Backup and Replication solution. Together the Quantum and Veeam solutions play key roles in a 3-2-1 backup strategy that creates three copies of data—two onsite and one offsite.

Securing Data from Cyber Threats with Quantum Active Vault
Quantum’s Active Vault technology adds an important layer of data protection to the storage environment. With Active Vault, tapes are exported to a separate, ultra-secure in-library vault that is not accessible via the network.

To help prevent data from being overwritten (accidentally or purposefully), the Le Du team uses LTO write-once, read-many (WORM) media. Even if a tape library robot is somehow compromised, the WORM tapes help ensure that the data on tapes is permanently protected and cannot be modified.

Gaining the Scalability for Continued Growth
By choosing a scalable and cost-effective approach to backup, Le Du can keep growing without busting the budget. “With the Scalar tape library, we have the scalability for growth over several years,” says Anthony Pétard.