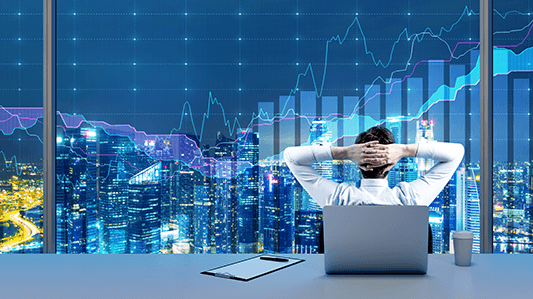 It is very important to us that DXi’s much higher performance also includes encrypting the data, so that we are confident we are protecting our customers’ data at every point.

When Groupe BPCE, a leading international bank and financial services company, switched to an all-disk backup solution, the first deduplication systems it chose couldn’t keep up. After looking at all the options carefully, the company replaced all of them with Quantum DXi® deduplication and replication appliances. The results were faster, more reliable backups, more effective replication, and secure encryption that didn’t compromise performance.

Groupe BPCE is the second-largest banking and financial services company in France, and in the top 10 of banking groups in Europe. Its 106,500 employees serve a total of 31 million customers, 9 million of whom have decided to become cooperative shareholders. BPCE finances 20% of the French economy.

The Challenge: Backing Up Retail Banking Data
The new IT team took on the challenge of modernizing and streamlining data protection for all of its open systems applications and for the data associated with the company’s retail banking activities. The task was immense—protecting some 11,000 AIX and Windows servers in two geographically separated data centers. The applications included everything from Oracle and Exchange to Teradata’s analytics— and the data was growing up to 20% per year.

As data grew, the teams had difficulty getting backups completed during the allotted windows—the Teradata installation alone required that 50 TB be backed up in only five hours. And the job of managing media between sites absorbed large amounts of administrative time since tapes had to be moved and cataloged daily to provide DR protection, and then had to be brought back again when files needed to be restored. For these reasons, the IT team decided to adopt a backup system based entirely on disk for backup and remote replication for DR protection, installing a set of disk appliances that offered deduplication, remote replication, and a virtual tape library (VTL) interface.

Software-Based Disk Appliances Can’t Solve the Problem
The team hoped that using disks would provide much faster backup speeds and faster restores, assuming the appliances’ deduplication performance would allow data to be kept on local disk. The plan was that replication between the two data centers would provide DR protection without requiring management of the physical media. And the team hoped that disk-only systems would be more reliable than its aging legacy tape libraries. The team selected an appliance with a VTL interface to take advantage of Fibre Channel SAN performance, keep the existing basic backup scheme that was developed for tape, and provide an important level of security by keeping the files out of the file system formats that have proven vulnerable to malware attacks.

Unfortunately, the team’s initial selection of deduplication appliances had technical issues that introduced new problems almost immediately. Backups were slower than expected, and the team saw frequent failures that required restarting jobs. Deduplication rates were disappointingly low, so the team had to keep adding more units and more disks to retain data. Encryption of the data—an important requirement for retail banking data—was carried out in a software module on the VTLs, so it slowed down both reads and writes. And replication was often slow and problematic, delaying the creation of the crucial second copy of backup files in the second data center. After being unable to solve the problems, the team carried out a wide search for deduplication appliances that could meet its needs more effectively.

Rigorous Testing Results Point to Quantum DXi
“We did not find many at all that we felt had both the technology and the experience to support our needs,” explains Gildas Guillemot, Deputy Director of the Innovation and Infrastructure Department at BPCE-IT. “In fact, we quickly narrowed the list to two. And before we made our decision, we carried out rigorous proof-of-concept testing and talked to several different references who had similar backup challenges in terms of scale and performance.” After considering both the technical merits and total cost of ownership (TCO), the team decided to switch the entire system to Quantum DXi deduplication and replication appliances.

The new system has 57 separate DXi6900 and DXi6900-S deduplication and replication appliances configured as LTO VTLs—with a combined capacity of 7.3 PB of usable capacity—across the two different data centers. In each location, ATEMPO Time Navigator performs two mirrored backup operations that send data to local DXi appliances for immediate protection and fast restores. “The roll-out of the new system was straightforward,” says Gildas Guillemot. “We had effective help from the Quantum team, and the new systems integrated very easily with Time Navigator.”

“The flexibility of the DXi6900s was important to us,” Gildas Guillemot explains. “It gave us the option of deploying fewer larger units or a larger number of smaller ones.”

Speed, Deduplication, and Replication Provide Needed Results
With the new system, the BPCE-IT team gets all the results it needs. Backup speeds have dramatically improved, allowing the team to meet all the backup windows, even the one for the critical Teradata server. “It is very important to us that the DXi’s much higher performance also includes encrypting the data, so that we are confident we are protecting our customers’ data at every point,” explains Gildas Guillemot.

The DXi deduplication rates are also much higher than earlier VTL units, storing roughly five times more data than plain disk. That means that less disk is needed to retain data, and also that less bandwidth is consumed during replication, which is important when data centers are separated by several hundred kilometers.

“Supporting a two-to-one replication configuration also gives us an important advantage by letting us consolidate protection for two backup domains on a single remote appliance,” Guillemot notes. “The DXis keep the operation efficient by checking the target before replicating blocks, so only new data has to be moved.”

System Reliability is Exemplary
Overall system reliability, a concern for the IT team with both its legacy tape systems and first-generation disk appliances, has improved dramatically with the DXi appliances. “The DXis have almost completely eliminated failed jobs and restarts,” says Guillemot. “I don’t ever get calls about the them, which is just what I want to hear.”

Groupe BPCE is the second-largest banking and financial services company in France, and in the top 10 of banking groups in Europe. Its 106,500 employees serve a total of 31 million customers, 9 million of whom have decided to become cooperative shareholders. BPCE finances 20% of the French economy.Groupe BPCE offers its customers a comprehensive range of products and services: savings and investment solutions, cash management services, financing solutions, insurance and wholesale banking services. Faithful to its status as a cooperative banking institution, the Group accompanies its customers in the realization of their different projects and develops long-lasting relationships with them, thereby contributing 20% to the drive to finance the French economy.