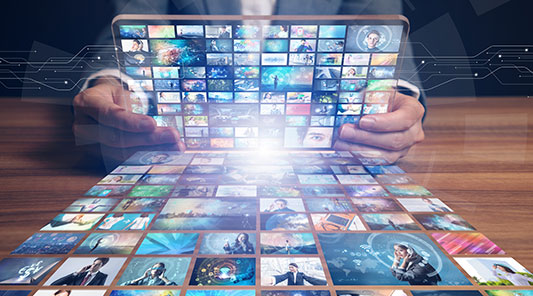 With StorNext and Storage Manager, we can implement a very flexible data protection model that taps into the performance and scalability of object storage.

Hogarth Worldwide is a fast-growing global business that produces advertising and marketing content for some of the world’s leading brands. A recent IT consolidation initiative led the company to standardize on Quantum storage solutions across all of its business divisions.

In just over one decade, Hogarth expanded from a small startup to a robust global business. The Quantum StorNext platform has played a key role in supporting the company’s content workflows almost since the beginning. But while Hogarth used Quantum StorNext for its broadcast business, the organization employed Windows-based systems with storage from other vendors for print and digital production.

A new “campus” IT initiative from parent company WPP led Hogarth to consider moving to a single platform across all of its business divisions. As a result, the IT team decided to reevaluate storage.

As part of the campus consolidation initiative, Hogarth decided to standardize on Ethernet connectivity for its IT infrastructure. “We knew each of our new data centers would already have Cat 6 cabling in place, so it made sense to stick with Ethernet rather than installing fiber,” says Steve Butler, production technology director at Hogarth Worldwide.

Using Ethernet helps simplify management and administration of storage across multiple business divisions. It also enables the Hogarth team to achieve better logical separation of data compared with Fibre Channel, so the organization can provide better security to clients.

To support the IT consolidation initiative, the Hogarth team decided to standardize on Quantum storage. “The StorNext platform and Storage Manager tool are the killer features for us,” says Butler. “With StorNext and Storage Manager, we can implement a very flexible data protection model that taps into the performance and scalability of object storage.”

Hogarth is drawing from Quantum’s end-to-end solution portfolio to create multi-tier environments that span broadcast, print, and digital production. “By standardizing on Quantum solutions powered by StorNext, we can meet our requirements for data protection and preservation while at the same time addressing the unique needs of each of our business divisions,” says Butler.

The Quantum solutions offer the performance to deliver a responsive NAS experience to desktop users as they work with high-resolution media files. With the StorNext platform, Hogarth can also support a full range of client operating systems and applications. Team members can easily access files without altering how they are used to working.

Through this new campus initiative, Hogarth is digging much deeper into Quantum capabilities for backup and data protection. For example, the team now uses Quantum Storage Manager versioning capabilities to make sure team members can stay productive even if files are accidentally deleted or users need to return to previous versions. And with multiple petabytes of capacity, the new ActiveScale systems can keep more versions and files than before.

For archiving purposes, Hogarth uses Quantum FlexTier to send data to a Microsoft Azure cloud environment. “This extra layer of protection using cloud storage resources gives us the peace of mind that content is safe even if the data center experiences some kind of disaster,” says Butler.

After a strong start with the campus model, the IT group will continue to consolidate and standardize data centers across the globe. After that, the team will apply this IT model to new offices. “By standardizing on Quantum, we have a reliable and scalable model we can implement anywhere in the world to support our fast-growing global business,” says Butler.