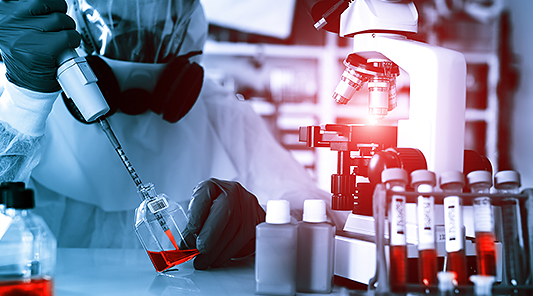 ...Quantum did a great job in training our team to help them understand how the system worked and how to get the most out of replication. It really helped us, and it made the transition easy. Now, we can take care of all our backup and DR on these two DXi systems. It’s fast and we spend zero time managing DR. They both also give us really easy scalability so we know we’ll be able to add capacity when our data set gets bigger in the future.

The Disease Outbreak Control Division (DOCD) monitors infectious diseases in Hawaii and works to prevent their spread. That makes its data extremely important, and protecting it a high priority.

“Years ago, we protected our data exclusively using tape,” explains Steve Sakamoto, DOCD Sr. Data Processing Systems Analyst, “but added deduplication appliances to get disk backup speeds when our backup window started to stretch into the next work day. We started with an early DXi model from Quantum and it worked so well that we moved to the next-generation product. Backup and recovery now came from the DXi, but we still used Backup Exec to create tapes that we moved off-site for DR. We moved tape creation out of the backup window, but we wanted to see if we could reduce the admin time and the cost of managing all that media.”

The DOCD team went back to Quantum and their long-time local reseller and integrator, Technology Integration Group, to see if replication of roughly 4.5TB of daily backup data was feasible and whether they could meet their retention requirements using DXi disk alone. The answer was yes on both counts.

“We deal with important data—disease surveillance and immunization databases, some email, and various studies—but we don’t store any patient records, so our backup retention requirement is normally limited totwelve months,” Sakamoto says. “The great dedupe results that the DXi gave us—over a 95% reduction—meant that we ought to be able to keep data on disk in two locations for that long and stay within our budget. The high dedupe rate also meant that we should be able to replicate daily backups over our WAN.”

The team added a DXi4700 as a replication target at a second, remote location.

“The roll-out was incredibly efficient,” Sakamoto explains. “The biggest job…was copying the backup data set to the new DXi. Once that was done… we started doing daily replication of the whole backup over the WAN. The system is so efficient that it doesn’t impact any of our normal network traffic.

"At the same time, Quantum did a great job in training our team to help them understand how the system worked and how to get the most out of replication. It really helped us, and it made the transition easy. Now, we can take care of all our backup and DR on these two DXi systems. It’s fast and we spend zero time managing DR. They both also give us really easy scalability sowe know we’ll be able to add capacity when our data set gets bigger in the future.”

The change of DR strategies at DOCD was made more complex because the IT team had dramatically increased its use of VMware and started a major transition in backup software.

“Just before we made the decision to increase our use of the DXi appliances, we went through a huge increase in the percentage of servers that we virtualized,” Sakamoto says. “Andas part of the process, we also added a new backup software—Veeam—for VMware backup.

“Looking back on it, we did make several big changes within a short period of time, but it all worked out perfectly. The DXi systems and their replication support Veeam just as well as they did Backup Exec and they make it easy to use the same appliance for different apps. The DXi partition feature was especially important. It means we can present the DXi as a VTL to software that wants to see a tape library and as a NAS share to software that wants to write to that interface. It lets ususe both types of applications as long as we want to with the same DXi—and both use the replication for DR.”

Presenting part of the DXi capacity as a NAS share opened up another use for the system as well.

“We had a growing problem of where to store old files that were important to us but that were no longer being actively worked,” Sakamoto adds. “They were filling up our filers—which was pretty expensive storage— and we kept having to back them up. We realized that we could use the DXi to solve that problem. We set up one DXi partition as a NAS share and just moved the old files over to it as an archive. It got them off the filers, we didn’t have to manage them—or back them up anymore—but they were there for us to access whenever we needed to re-activate them and we could evenhave a second off-site if we wanted. So our DXi backup system also gives us a really important archive function.”

About Hawaii State Department Of Health

The Hawaii State Department of Health’s Disease Outbreak Control Division (DOCD) works to monitor, investigate, prevent, and control infectious diseases in the State of Hawaii, both those preventable through immunizations and those spread by contact with travelers, and to ensure Hawaii’s ability to respond to emergencies that threaten the public’s health. DOCD works to sustain strong relationships between the Department of Health and other partners, including laboratories, hospitals, schools, emergency response agencies, private organizations, and the military.