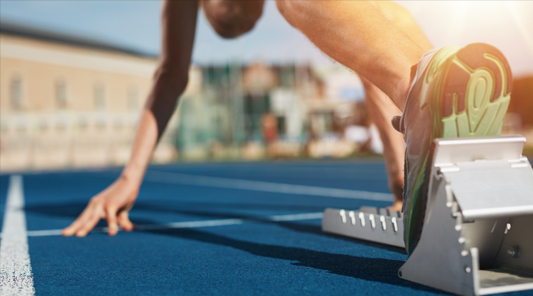 We got the StorNext edit/play out system up and running just in time for the games, and it worked perfectly. It easily handled up to 25 TB of ingest every day, let us edit work as we needed and turn content quickly into a variety of different broadcasts—and, very importantly, gave us a 16 channel live play out capability that was totally reliable.

Globosat Scales To Support The 2016 Rio Olympic Games With StorNext

Globosat is a Latin American media powerhouse, supporting nearly 40 channels with content. The company made the transition to digital, file-based workflow nearly a decade ago, and has relied on StorNext for its editing environment for the last eight years. Today, the system has Macs and PCs sharing content over a Fibre Channel SAN for high-speed, collaborative content creation. Primary RAID storage has reached nearly 2 PB, with 500 GB of SSD support the highest performance work. Older content is kept in a Quantum i6000 LTO archive with 30 PB capacity.

The system suddenly faced a new set of challenges when Globosat was chosen to cover the 2016 Rio Olympic Games. “It’s definitely the kind of problem that you like to have,” explains Lourenço Carvano, director of engineering at Globosat. But the team would have to expand from three sports channels to 16, boost the number of simultaneous feeds to 50, and increase daily data volumes from 5 TB to nearly 25 TB. To make it happen, they decided to update their production system and change how they managed proxy files.

The team built a self-contained StorNext environment—including storage, a SAN, and an Xcellis Workflow Director—to support editing and live play-out for the Olympics. “We got the StorNext edit/playout system up and running just in time for the games, and it worked perfectly,” Carvano recalls. “It easily handled up to 25 TB of ingest every day, let us edit work as we needed, and turn content quickly into a variety of different broadcasts—and, very importantly, it gave us a 16-channel live playout capability that was totally reliable.”

The legacy system for proxy files accumulated them on disk, but as the system grew, the volume became very large and there was no good way to back it up. Even though proxies can be recreated from the original files, doing so for a large amount of data could stop work in its tracks for weeks. “We decided that the Rio Games coverage was the right time to create a system that could protect proxies, keep them available, and make sure that we eliminated potential delays.”

The Globosat team decided to use a tier of Quantum’s Lattus object storage inside StorNext for proxies. Object storage manages data sets as objects, spreading them over many inexpensive disk resources and multiple nodes. If one disk fails, the data is always present on other drives, and new drives and controllers can be added quickly to an existing environment.“In a RAID system, it is complex to add new storage, and whenever a disk dies you have a long rebuild time,” Carvano explains.“With Lattus, the data is always there and available—even if a drive goes down—and we can scale the system quickly, easily, and at low cost.”

For Globosat, StorNext automatically copies all proxies to the Lattus store. Initially, editors work from the originals on primary disk, but when the files become less active, StorNext reclaims the space on the primary disk, leaving only a stub file.

“If editors want to access a file that is now in Lattus, they see it in its original location in the file system,” Carvano says. “And when they click on it, they immediately see the first part of the file from the stub, while StorNext writes the rest of the file back to primary disk from Lattus. Getting the whole file only takes a few seconds. It all happens so smoothly that none of the editors I’ve talked to can tell the difference.” “Once the Lattus environment is set up, the cost to scale is much lower than with conventional RAID storage and much easier to expand, too,” Carvano says. “Lattus has been terrific. It’s reliable, transparent to the editors, and extremely resilient. We have had a couple of drive failures, but the data stayed available without any gap or rebuild times, and it was very easy to replace the drives.”

Founded in 1991, Globosat is the premier provider of cable and satellite television content across Latin America, providing nearly 40 channels of news, sports, and entertainment programming. Globosat is the largest supplier of pay-TV in Latin America and has the leading market share in Brazil where it reaches more than 16 million households and about 50 million viewers.