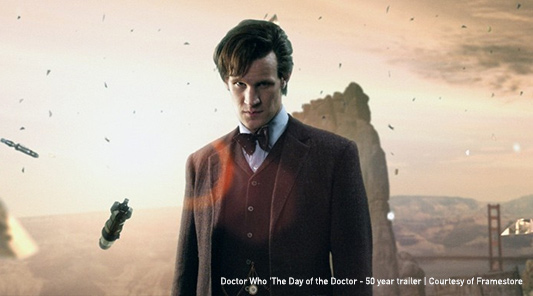 Having the StorNext File System really speeds up the workflow greatly, and with Storage Manager we are able to protect all of that data. It’s very clever software that really makes a difference.

Even Oscar winners need tools to cope with the rapid transition from film to digital. In the case of leading post-production studio Framestore, that meant choosing StorNext® File System and Storage Manager to improve its digital workflow and automate data management. The result: Increasing efficiency by as much as 60 percent.

Showing up at the awards shows is the easy part for Framestore, a leading visual effects and computer animation studio. Whether it is a full-length feature film or a 30-second commercial, the hard work is behind the scenes, where the volume of digital files has become an increasing challenge for post-production studios like Framestore.

“From the smallest commercials to the biggest feature films, people switched to electronic camera formats,” says Andy Howard, head of Framestore’s engineering team for commercials. “We ended up with tens of thousands of files per project, which required a new shared storage production workflow.” Howard looked at Lustre and IBM’s GPFS, but StorNext stood out as the only product capable of adapting to all platforms and programs. In addition, Howard was impressed with strong technical support from Quantum engineers who understand the industry.

The StorNext File System provided immediate benefits, including shared access to files and rapid processing for a smooth workflow. Because huge files no longer had to be moved from one workstation to another, there was less strain on the network and less time to get data where it needed to be.

In addition, StorNext Storage Manager and a Quantum Scalar® i500 tape library addressed Framestore’s need to manage the company’s growing data through automated tiered storage.Storage Manager saves Framestore time when it comes to daily data protection. By automating the protection function with little human intervention, Storage Manager is yielding a 30-60 percent savings in data management time, Howard says. “The way we look at it, we have to speed things up if we want to do more projects,” Howard says. “We could throw more people at our work, but that’s expensive. Or we could automate a lot of tasks. That’s what Storage Manager allows us to do.”

In an industry that is constantly evolving, Howard knows more change is on the way.

“Two or three years ago, people tended to work in isolation on projects, but now it is all about collaboration and huge numbers of files being shared by everyone,” he says. “Having the StorNext File System really speeds up the workflow greatly, and with Storage Manager we are able to protect all of that data. It’s very clever software that really makes a difference.”

Framestore is a content marketing partner with an Oscar-winning heritage. It has been working in digital film and video for more than 20 years. The company uses innovative talent and technology to create marketing content for every platform and partners with clients ranging from brands through to Hollywood studios, ad agencies, production companies, and video game developers. Framestore’s movie portfolio includes work on such films as Avatar, Children of Men, Clash of the Titans, The Dark Knight, The Golden Compass, Prince of Persia: the Sands of Time, Sherlock Holmes I and II, Skyfall, Where The Wild Things Are, and the entire Harry Potter series.