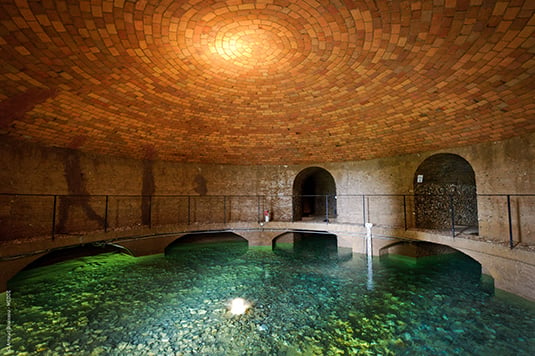 We needed to get faster backups on a daily basis, considering the constant data growth. On top of that, we also wanted to put in place the backup best practices including a disk-to-disk-to-tape strategy.

The Eau de Paris is the pre-eminent water delivery utility in France supplying more than 3 million daily users with a constant supply of pure, healthful water.  The system, now more than a century old, manages a complex network of water collection, treatment, quality control, and distribution that combines catchment basins, aqueducts, tanks, and treatment plants along with systems serving private residents and public fountains and taps.

The data that supports the business and its 900 employees has been growing rapidly over the last decade, and the company has increasingly turned to virtual servers to streamline operations, reduce admin overhead, and lower overall costs.  This combination of growth and new technology, however, also created a problem for the company’s backup operations.

The old system relied on legacy backup systems that were designed for conventional, physical servers but that struggled as more and more servers were virtualized.  Backup was slow, often not completing during backup windows, and it was difficult for the IT department to restore files and manage long-term protection.  At one point with the old system, it took the team a full two days to restore one VM from the backup files.

The team decided that they needed to make a complete overhaul of the backup methodology. The primary drivers were faster backup speeds, streamlined recovery, especially for VMs, and an automated system that could provide both local, disk-based backups for quick restores and long-term, secure retention that would protect the system from malware attacks.  And, as a public utility, the team needed low total cost of ownership and strong support that they could count on into the future.

After carefully looking at all the alternatives, the team chose a combination of Quantum DXi® deduplication appliances and Scalar tape libraries for the core of the backup system and Enterprise backup software from Veeam for both physical and virtual servers.  In the new system, backups all go to the DXi initially, where they are stored to provide fast local, disk-based recovery for at least 30 days.  The Veeam software automatically writes copies of the backup files to the Scalar tape library in a background process to provide a second copy that is safe from ransomware and other attacks.  After 30 days, the tape copies are removed to secure offline storage to provide long-term protection for at least seven years.

The Quantum-Veeam solution has achieved all the goals set by the Eau de Paris team when they decided to create a new system. The time required to complete backups has been cut in half, despite data growth.  The DXi’s high deduplication rates, up to 80 to 1 on full backups, has reduced disk requirements dramatically. The management of data sets across disk and tape has been fully automated to provide both fast restores and long-term protection while reducing admin overhead.  And recovery of VMs has gone from a grueling, two-day ordeal to a fast, instantaneous restore.

About the Eau de Paris