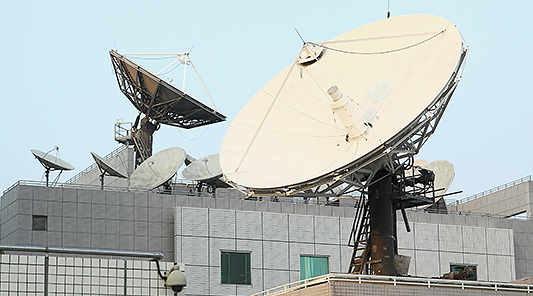 CGNTV developed an enterprise wide management system to manage all of its network based media content and deployed Quantum StorNext as a key part of the solution. This allowed us to safely archive all of the video content that required long term storage and to easily access it for reuse.

CGNTV shares content across all its international sites, reusing material in different forms, formats, and resolutions, so it places a premium on a collaborative workflow in which both new and existing content is available for creating new programming.

Several years ago, CGNTV made the transition from traditional videotape to a file-based tapeless workflow, using NAS filers for staging, editing, and transcoding. Content not actively being worked on was stored in a Quantum Scalar® i6000 tape library, using a media asset manager (MAM) to create the archive and bring content back to disk for reuse.

This system was much more efficient than videotape, but the NAS Ethernet connectivity limited performance—especially when several teams were working on projects. Slowdowns, dropped frames, and workflow interruptions were common. It was difficult to scale performance, archiving functionality was limited, and information about the library and its media was incomplete.

Facing a future with higher-resolution and even larger files, the IT team switched to a state-of-the-art solution using a SAN powered by Quantum StorNext®. The new solution included a StorNext shared file system for high-speed multiuser collaboration, and StorNext Storage Manager for managing content across different storage tiers.

The new solution provides an active work area with high-performance SAN-attached disk that enables the editors to work at Fibre Channel rates, eliminating bottlenecks and dropped frames. The solution also allows parallel workflows—multiple users and multiple streams can work simultaneously with no bandwidth issues—and it provides headroom that will allow CGNTV to handle higher resolution work in the future.

StorNext is an open-systems solution with a large technology partner ecosystem—allowing all of CGNTV’s existing applications, including its MAM, to access content in a collaborative workflow. StorNext also makes it easy to scale the system’s capacity and performance, allowing more resources to be added as needed.

StorNext Storage Manager automatically moves media files from the high-speed disk to the StorNext AEL6000, using policies set by the CGNTV team. All of the file content is viewed through a single file system—including files stored in the archive—and when an editor selects a file stored on tape, it is automatically moved back into the production area. This workflow cuts production time for creating new programs in half.

The StorNext AEL library scales using capacity-on-demand to keep both initial investment and total cost of ownership (TCO) low; and it automatically monitors the tapes, proactively warning the team if error rates increase, so that assets can be migrated before any content is compromised. StorNext Storage Manager also sends diagnostic information from the library to administrators, providing more data and reducing overhead.

“CGNTV developed an enterprise-wide management system to manage all of its network-based media content and deployed Quantum StorNext as a key part of the solution,” says Sangwook Lee, CGNTV archive team leader. “This allowed us to safely archive all of the video content that required long-term storage and to easily access it for reuse... We feel that this is the optimum solution for us.”

Christian Global Network Television (CGNTV) is a broadcasting network that specializes in missionary education established by Onnuri Community Church, a Protestant institution with headquarters in Seoul, Korea. CGNTV was established to provide educational content in Korea and for Korean missionaries abroad, to support the church’s international leadership team, to promote creating and sustaining a clean physical environment, and to help the church expand its evangelical mission across the globe. CGNTV provides program content to 174 countries, 24 hours a day through its traditional broadcast outlets in Korea, the United States, Japan, and China, and through its mobile broadcasting service.