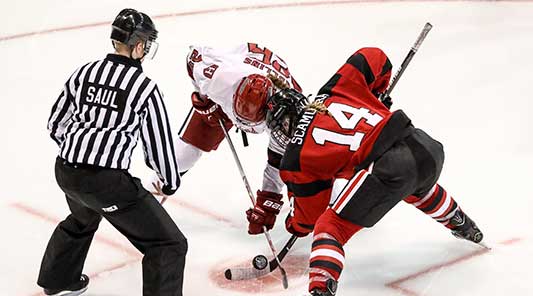 [W]e needed a solution that would give us a lot of flexibility but also integrate easily into our existing workflow. CatDV was the best choice for our growing unit.

For nearly a century, Canadian Tire has been one of Canada’s most reliable and recognized brands. Today Canadian Tire Corporation (CTC) is a large family of businesses offering a broad selection of retail products and financial services.

CTC has an in-house media production department that serves as the corporation’s content creation hub, managing and producing media for all of CTC’s brands and its national charitable program. The team is tasked with supporting community and store-level events, press conferences, internal broadcasts, and high-profile national launches. In addition, it must manage the corporation’s historical media asset archive, preserving its intellectual property.

The production team needed an asset management solution that could handle the high volume of combined media content. “When I came on board…we had approximately 28 TB of media and growing,” stated Brad Gerard, producer, event production at CTC. “We were using another media asset manager in conjunction with an organized folder system, but it wasn’t working well.”

Efficiently Managing a Large Volume of Assets with CatDV
After considering its options, the production team adopted CatDV Asset Management. “I took a look at our projected growth, which was over 10 TB of video content per year, and knew we needed a solution that would give us a lot of flexibility but also integrate easily into our existing workflow,” says Gerard. “CatDV was the best choice for our growing unit.”

CatDV helps support a busy production schedule. In any given week, the team has at least two major video productions to edit in addition to the various production requirements from all the brands, including corporate internal broadcasts. After footage from a live event or recorded broadcast is captured, the digital files are brought back to the office, logged and captured, then transcoded to ProRes. Editing is done in one of the team’s two fully loaded suites using either Adobe Premiere or Final Cut Pro X.

Speeding Content Searches
A live broadcast may need a quick edit turnaround with content changes on the fly. Fortunately, CatDV helps team members find needed content fast. “Last minute changes were incredibly difficult to accommodate before CatDV,” says Gerard. “CatDV enabled us to have a rich search subset, which has been vital to our ability to keep up with corporate growth.”

Safeguarding Historical Assets
As an enterprise with some of Canada’s most recognized brands, CTC has a lot of extremely valuable historical assets to preserve and protect. The team must often archive material that was captured in a variety of analog and digital formats. For example, for one project, the team had to preserve historical 16mm footage that was almost unrecoverable—it is now safely digitized and cataloged in CatDV. “We preserved over 40 bankers’ boxes worth of 1-inch, 2-inch, and 16mm film on a 3 TB drive, which we were then able to catalog in CatDV, creating an onsite historical archive,” says Gerard. “It was that simple, and we’ve seen immediate value.”

Sharing Media Catalogs and Files with Ease
CatDV has also helped business units easily access media catalogs and share them with the other teams and individuals. “We didn’t realize how much we needed CatDV until we got it,” says Gerard. “Now it’s hard to imagine the efficiency of our workflow without CatDV.”

Founded in 1922, Canadian Tire is an iconic retail Canadian brand. Today, Canadian Tire Corporation (CTC) is a family of businesses that includes Party City, Gas+, Mark’s, SportChek, and more. Approximately 1,740 retail and gasoline outlets are supported by CTC’s financial services division and employees across Canada and the world.