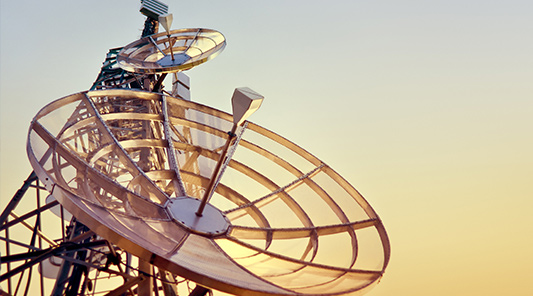 I will tell you that this one appliance is probably, based on benchmarks, getting the living daylights pounded out of it by our storage requirements. We’re asking it to handle an overwhelming amount of additional demands, yet it’s doing so without missing a beat. And that’s a big part of the reason I’m such a fan of the Quantum platform.

An outdated and slow tape infrastructure meant infrequent customer data backups and significant administrative overhead for the IT team at one of the largest U.S. cable companies. They turned to Quantum’s DXi® appliance to resolve these issues. The result: Better protection for its 80TB production environment and the confidence necessary to put worries to rest.

Managing customer email boxes can be a critical requirement for Internet service providers. That was certainly the case for one of America’s largest cable and high-speed data companies, with hundreds of thousands of customers each claiming a mailbox across 1,500 communities in 22 states.

This made data protection for 80TB of customer emails an important IT priority, yet a slow tape platform based on older technology resulted in both infrequent backups and more than 80 hours of weekly administration for the technical team. In fact, the process was so slow that full backups took 10 days to complete, by which time they needed to start all over.

The company came up with a list of criteria, and IT partner Datalink benchmarked both EMC’s Data Domain and Quantum’s DXi against that list in its labs. After seeing the results, the company chose Quantum’s midrange DXi6700 Series appliance.

“Not only did Quantum’s DXi solution match or surpass the Data Domain capabilities, but we found Quantum’s price point to be much more competitive,” says the operations director. “We also appreciated the sales team’s responsiveness and fact that they were completely down-to-earth—it made them a pleasure to work with.”

Since deploying Quantum’s solution, the cable company has been very pleased with the results. Backups that used to take 10 days to complete are now done in about a quarter of that time. As a result, the IT team can finish two full passes each week, and after a two-week rotation the company has four complete backups on hand at any given time.

As importantly, the company used to spend three to four times the amount of administrative resources to maintain the old infrastructure and ensure successful tape backups.

“I’d estimate that the DXi appliance has easily—EASILY—cut 80 hours of work out of our backup routine, giving me back staff resources I can put to much better use,” the director reports. “And we find Quantum’s tools very intuitive and easy to navigate, so when we do have to check on the backup, it only takes moments to see everything we need.”

The operations director is the first to admit that the company is pushing its DXi appliance,
and pushing it hard.

“I will tell you that this one appliance is probably, based on benchmarks, getting the living daylights pounded out of it by our storage requirements,” he notes. “We’re asking it to handle an overwhelming amount of additional demands, yet it’s doing so without missing a beat. And that’s a big part of the reason I’m such a fan of the Quantum platform.”