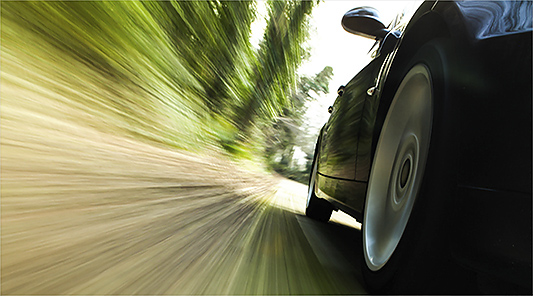 With the Quantum solution, the time needed for backup has been reduced by a factor of ten.

DXi and vmPRO Give 10X Faster Backup—Restore VMs in Seconds

Running Out of Space and Time

Leading international machine tool supplier Alfing Kessler Sondermaschinen found that its legacy data protection system ran out of space and couldn’t complete backups within the allowed window. On top of that, file recovery, especially for VMs, was slow and unreliable.

“At its worst, we took more than 72 hours for a full backup“ Head of IT Dietmar Wieber explains, "and recovery was much too slow to keep productivity high."

“Recovering from tape was slow, and for VMs, we had to send the data back through Backup Exec, which compounded the problem,” says Wieber. “We needed a system that could give us better backup performance and significantly shorter recovery times.”

Research and a Competition Finds a Clear Winner—Quantum

Working with experienced integrator PMCS, AKS narrowed the field to two contenders, set up both systems, and compared them. The Quantum solution consisted of a DXi inline deduplication appliance and Quantum’s vmPRO software for protecting VMs.

After a short trial, the decision was made to fully implement the Quantum solution because it was the clear winner on price, backup and restore performance, and ease of use for both physical and virtual servers.

In the new system full and incremental backup of the physical servers are backed up by BackupExec to the DXi. VMs are protected by Quantum’s vmPRO software, which writes its backups to a different partition in the same DXi. At the end of each month, a full backup is written to tape for long-term retention and off-site storage.

The first major advantage of the new Quantum system was the huge leap in performance.

"With the Quantum solution, a full backup of our work is now completed in eight to ten hours. The time needed has been reduced by a factor of ten."

The DXi’s in-line deduplication dramatically reduces the amount of space required. In all, 370TB of backup data now only takes up 14TB on the DXi appliance, a deduplication rate of 27:1. In addition, the vmPRO software reduces the size of the VM image before it sends it to disk, which not only reduces costs but also lessens the need for virtual server and network resources.

Restores are much faster, too. Individual files are restored within a few minutes because they are being recovered from disk. Even more impressive has been the gain in VM restore. Because the Quantum vmPRO software stores VMware images in native format, VMs can be restored instantaneously without going through the backup application. As a result, a job that used to take hours now happens in seconds.

Overall, the admin work involved in backing up, recovering, and monitoring of servers has been reduced by 50 percent.

The new backup and recovery solution has been running flawlessly since commissioning despite continuous operation. Would they make the same decision again? Wieber answers without hesitation: "Definitely! My administrators would take it again any day. "

Founded in 1938, Alfing Kessler Sondermaschinen GmbH has more than 75 years of experience in the development and manufacture of specialized machinery and machining centers. Over the company’s long history, it has developed customer-specific solutions for each machining process—from individual machines to complete production lines. The Company’s customer base includes most of the major automotive manufacturers, as well as many within their supplier base. Alfing is one of the world’s leading machine tool builders, particularly in the specialized area of conrod manufacturing. Numerous patents support the Company’s emphasis on developing innovative and cost-effective solutions for its customers.