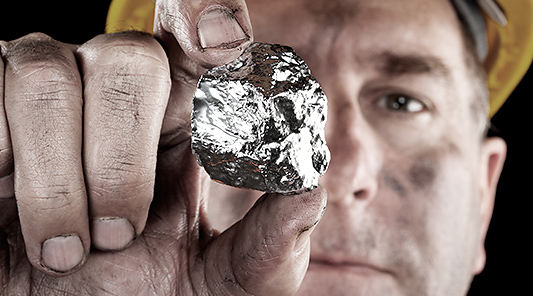 Since vmPRO stores the VM copy in native VMware format, we never have to run them through the backup app to recover them. We can just drag and drop the VMDK file and spin it up…Recovery literally takes a few minutes instead of days.

The job of protecting satellite offices takes on a whole new level of complexity when they sit above the Arctic Circle or on the Canadian Shield. That’s the challenge that faced the IT team at Agnico Eagle mining company as it protected some of the most remote sites on the globe.

“We usually have small teams on-site, and it’s rare to have a dedicated IT person,” explains Daryl Land, Agnico Eagle’s Manager of Network Services. “But the data that’s stored there is incredibly important.”

Agnico Eagle’s local offices are 95% virtualized—an architecture that creates problems for backup and restore. DR protection required moving tapes to a second location, and for much of the data, a copy also needed to be retained in the company’s storage center. “When files needed to be restored, it was a real pain,” says Land. “It could take several days.”

Agnico Eagle wanted to use replication but the bandwidth between sites is only 1 to 2MB/sec with up to 600ms latency. Data deduplication, they thought, might have the answer.

“In theory, deduplication would reduce the amount of data that we had to move and let us deal with backup data instead of active files,” says Land. “The question that we had was whether it would work with our existing networks.”

The keys were effective dedupe rates, robust replication, and the ability to control how much bandwidth the replication process used.

“When we looked at Quantum’s DXi appliances, they listed all those features,” adds Land, “so we put them to the test using a neutral integrator, IT Weapons.”

“Quantum has software for protecting VMs—vmPRO—so we tested that, too,” explains Land.

This solution solved the problems immediately. Backups were sent to the local DXi by vmPRO, and replicas were sent to another DXi at the primary data center, and then to Northern Quebec. Today the solution protects four of the active mine sites with more on the horizon. It gives daily off-site protection, eliminates manual intervention, and will support plans to allow many smaller sites to replicate to a central regional site and then on to the corporate center.

“The DXi/vmPRO combination was phenomenally effective—our dedupe rates are as high as 270 to 1, and the bandwidth throttling and scheduling works great,” says Land. “DXi is even tolerant enough of latency that we plan to use it for one site that only has a satellite link.”

“Since vmPRO stores the VM copy in native format,” reports Land, “we can just drag and drop the VMDK file and spin it up. It’s incredibly fast—recovery literally takes a few minutes instead of days.” Land continues, “We even used the DXi/vmPRO copies to relocate servers when we moved our data center from Northern Quebec to Toronto. We used DXi to replicate the VMs to the new location, and spun the servers up there. It worked perfectly.”

Agnico Eagle is a senior Canadian gold mining company that has produced precious metals since 1957. Its nine mines are located in Canada, Finland, and Mexico, with exploration and development activities in each of these regions, as well as in the United States. Agnico Eagle is committed to creating economic value by operating in a safe, socially and environmentally responsible manner while contributing to the prosperity of its employees and the communities in which the company operates.