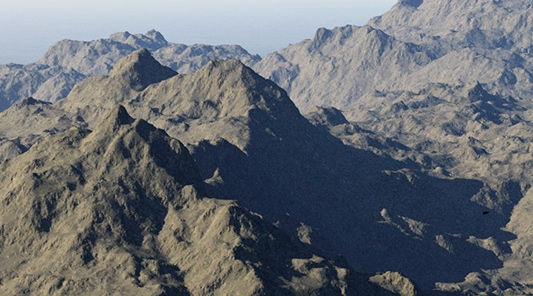 With Quantum StorNext, the sky is the limit. It has allowed us to at least double the speed of our workflow, take on four times more projects and process images that are about ten times higher resolution than before.

When Aechelon Technology cranked up its databases to deliver more detail in its visual imagery, the volume of information quickly outstripped its ability to manage data. The company chose StorNext® software to manage this rapid growth. The result: Doubled workflow speed and quadrupled project volume.

Aechelon Technology provides image generation systems and geospatial databases to the U.S. Armed Forces for use in flight simulations. In addition to providing training simulation systems, the company also offers its customers visual databases that cover most of the planet. During the last two years, the company’s database business began growing at a rapid rate. To supply its customers with more precise visual imagery—including ground contours and features—the company quadrupled the capacity of its databases and underlying delivery capabilities and tripled its number of employees on its database and modeling team. However, its internal processes were struggling to cope, as only one computer at a time could access a project.

“Before we deployed StorNext, staff could not collaborate conveniently on a project, and the amount of computational horsepower we could bring to bear was limited to a single workstation per project,” says David Morgan, systems architect at Aechelon Technology. “Our direct-attached infrastructure simply wasn’t scalable, and it was difficult to share databases with other departments. We ended up copying an awful lot of databases back and forth, tying up network bandwidth.”

Aechelon Technology turned to Quantum’s StorNext data management software after Morgan saw a description on a website and realized the product’s potential to expedite the company’s workflow. After evaluating the product, the team immediately recognized the merits of the StorNext architecture and how it could enable engineers and graphic designers to share data and access multiple workstations simultaneously, thereby avoiding downtime. Morgan was so impressed that he decided there was no need to evaluate competitive products.

Aechelon deployed StorNext and added a Quantum Scalar® i500 tape library as a repository to deal with the tremendous increase in backup files.

The StorNext solution has been received enthusiastically at Aechelon.

“Our imagery team lead was incredulous at the outstanding performance of StorNext when compared to the performance of individual disk arrays,” said Morgan. “Quantum StorNext has revolutionized our workflow. In addition, the quality of our images has skyrocketed because we now have the processing power to manage these images.”

As a result of deploying StorNext data management software, source data can now be received on USB drives from various imagery providers and transferred into the StorNext file system. It is then available to Aechelon Technology’s team of imagery experts who can process it before it is transformed into millions of multi-resolution files.

“Imagery sizes used to be a few terabytes” says Morgan. “With Quantum’s StorNext software, the sky is the limit. It has allowed us to at least double the speed of our workflow, take on four times more projects and deliver high-resolution imagery over areas ten times what we could before.”