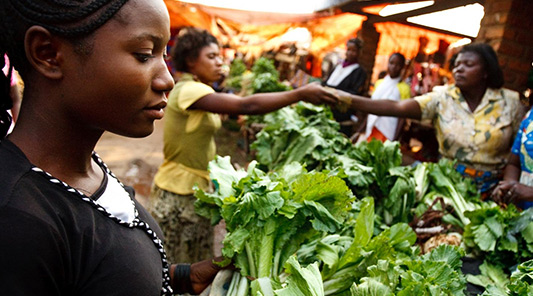 I’ve been in the industry for more than 18 years, at nearly every job, we’ve relied on Quantum for our backup. Quantum, in my mind, is the proven and rock-solid backup solution.

Q-Cloud Is Answer for Nonprofit’s Backup And DR Dilemma

As a Washington, D.C.-based not-for-profit organization that fights global poverty, ACDI/VOCA has about 200 employees and offices around the world. However, the core IT team consists of just two people: one person to manage servers and applications, and a network engineer. The organization thus needs a data protection solution that works reliably, quickly, and with as little IT intervention as possible. That wasn’t happening with its legacy tape system as data demands grew to in excess of 280TB.

“Even if everything went smoothly, just running our 4.5TB file server to tape could take 4-5 days,” says William Ormond, Enterprise Systems Engineer for ACDI/VOCA. “And we had to spend a lot of time monitoring the tape system for problems; we constantly had to adjust our backup schedules because the nightly backups would fail or run into issues.”

ACDI/VOCA initially acquired a Quantum DXi6700 Series disk-based appliance for on-premise backups and deduplication, while continuing to use its tape system for archiving and offsite storage for disaster recovery. However, it soon became clear that the organization needed to go further to address the $25,000 annual cost of offsite storage.

Cloud-Based Backup from a Trusted Partner

A Quantum representative suggested Q-Cloud, Quantum’s Backup-as-a-Service offering. In effect, Q-Cloud BaaS would allow ACDI/VOCA to have the benefits associated with replicating to a second DXi appliance that would be managed by Quantum.

“Once we found out about Q-Cloud, it almost became a no-brainer for us,” explains Ormond. “We didn’t even need to consider a third-party service. We were confident that the combination of a Quantum device and a Quantum service would be the right solution.”

According to Ormond, the Q-Cloud solution has saved time and reduced headaches. For him, not worrying about the reliability of the backup environment or cost of tape has brought peace of mind.

“I don’t have to babysit the device any longer, or pay for someone to offsite tapes,” says Ormond. “Overall, this is a fairly maintenance-free solution; you set it and forget it.”

Ormond’s experience with Q-Cloud and the DXi appliance has only reinforced his confidence in Quantum.

“I’ve been in the industry for more than 18 years,” Ormond says. “At nearly every job, we’ve relied on Quantum for our backup. Quantum in my mind is the proven and rock-solid backup solution.”