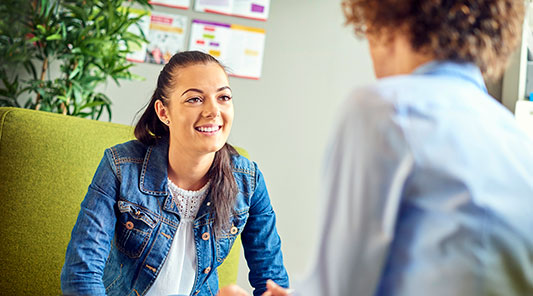 We looked at plain disk, the Cloud, and all the other people who were now offering deduplication systems. After a full review, we decided that the right decision was to remain with Quantum and move to the company’s newer, faster, larger-capacity DXi9000 appliances.

The Coventry and Warwickshire Partnership NHS trust delivers mental health services to over a million people in the British midlands. Its IT systems manage everything from physician and patient records to scheduling, clinical databases, and the infrastructure allowing staff and patients to communicate.

“The amount of data that we manage is substantial and growing very fast,” explains Stuart Harwood, Senior Infrastructure Engineer at Coventry and Warwickshire IT Collaborative, the organization that provides the Trust’s IT services. “Today, we have a full 10 TB of file storage and 15 TB of email. Most of our infrastructure is now virtualized, and we manage over 300 VMs, with plans to increase that over time. One of our most important challenges is how to backup and protect that data.”

Changing Backup Tools to Keep up With Data Growth

The Trust IT team has evolved its data protection over a decade. It began with Backup Exec and tape libraries but as virtualization grew, it added Veeam software and worked with reseller Proact to select the right disk-based backup.

Proact recommended Quantum deduplication appliances. “Our Quantum DXi4700s were reliable, easily scalable, had extremely good deduplication, and they could support both our Backup Exec and Veeam backup jobs in the same appliances,” Harwood said. The team installed a Quantum appliance in each of the Trust’s two data centers and ran all backups to them.

The system worked well but couldn’t keep up with the growth in data and VMs. “There was too much traffic, too much data - we started to have trouble getting backups completed during the allotted time with restores taking longer as well,” Harwood remembers.

The team looked at all the options when selecting a new system. “We looked at plain disk, the Cloud, and all the other people who were now offering deduplication systems. After a full review, we decided that the right decision was to remain with Quantum and move to the company’s newer, faster, larger-capacity DXi9000 appliances,” Harwood said.

The DXi9000 offered several advances to make it more powerful. A layer of Solid-State Disk increased ingest and in-line deduplication to an industry-leading 36 TB per hour. Ultra-high density 12 TB HDDs provided non-disruptive scaling from 51 TB to a full Petabyte and stored the most data in the least space of any disk backup system. Replication, encryption, and full hardware redundancy were standard.

“We added the new Enterprise DXi9000s, one to each data center,” Harwood explains, “but kept the existing 4700s in place and still use them for the backup jobs being written by Backup Exec. All of the Veeam backups—including emails, all the VMs, and most of our databases— are now written to the DXi9000s.”

“The Quantum DXi9000s are incredibly fast—they take everything we throw at them in stride. Faster performance means we now get all the backups done within the allowed windows, and we are even able to multitask—performing backup verifications on the DXi9000s while backups are still going on. And VM restores, which could take us a couple of hours before, now happen literally in less than five minutes. The reliability has been amazing—the DXi9000s just keep working—and when we have needed support it has been fast and effective.”

The DXi9000 systems will also support the Trust’s future. “We plan to increase our use of replication between the data centers to give us an additional layer of redundancy,” Harwood said, “and we are planning to complete the circle, as it were, by adding a tape layer to provide long term, removable storage for some of our data. Quantum’s integration of disk and tape with Veeam will let us make that a fully automated process.”

About the Coventry and Warwickshire Partnership NHS Trust

Formed in 2006, the Coventry and Warwickshire Partnership NHS Trust provides a wide range of mental health and learning disability services for people of all ages in Coventry and Warwickshire and a wide range of community physical health services for people in Coventry. The Trust provides in-patient, community and day clinics, as well as specialist services, to a population of about 1 million people living in Coventry, Warwickshire, and Solihull, and it provides some of its specialist services to a wider geographical area. The Trust provides services from more than 60 locations, employs more than 4,000 dedicated staff, and has an annual income of about £200 million. For more information, visit www.covwarkpt.nhs.uk.