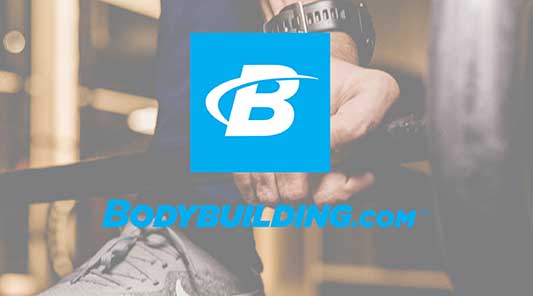 It is extremely important that we can quickly find clips, and utilize footage for new and future projects, and CatDV asset management systems are essential to that.

When Bodybuilding.com was founded in 1999 it only supplied a handful of products. Fifteen years later, the website offers more than 15,000 health and fitness supplements and accessories. The onsite tools help millions of people every month to achieve their health, fitness, and appearance goals.

Bodybuilding.com is also home to BodySpace, the world’s largest fitness social network, where more than two million members share training tips and cheer each other on as they work toward their various fitness goals.

Bodybuilding.com has been recognized time and again for achievements in its field, its innovative work environment, and its dedication to award-winning customer service. The company has twice been listed by Inc.500 as one of the fastest-growing private companies in the United States. With more than 30 million unique visitors per month, it is the most-visited bodybuilding and fitness site in the world and ranks #251 on Alexa’s most-visited U.S. websites.

Additionally, Bodybuilding.com offers Fitness 360s, which are video articles based on the back-stories, workouts, nutrition, and supplement regimens from different athletes, allowing viewers to get acquainted with new Bodybuilding.com athletes and the fitness lifestyle.

The website also houses the most extensive exercise video database in the world. The database contains more than 1,000 individual exercises, and a further 500 additional videos are slated to be shot and edited in 2014.

Our focus on providing the best information, motivation, and supplementation has helped make us the most-visited bodybuilding and fitness site in the world,” says Tom Clarke, managing video editor of Bodybuilding.com. “High-quality, informative videos are a key part of our online offering. We shoot multiple types of projects relating to the fitness industry and have amassed in excess of 100,000 media assets already, with many more to come in the future. It is important that we can quickly find clips, B-roll, and utilize footage for new and future projects, and the CatDV asset management systems are essential to that.”

The Challenge: Streamlining Asset Management & Storage in a Growing Company
In 2010, Bodybuilding.com had three employees editing footage off the company network, which Clarke describes as “pretty slow.” As it experienced relentless growth, especially in the video domain, the company upgraded to Final Cut Server, using Final Cut Pro 7 for editorial. This allowed the growing media production and editorial team to search for footage and store completed finals, projects, and assets. It also gave some flexibility to have videos reviewed for further direction and approvals. However, Clarke says that by using Final Cut Server, the workflow produced multitudes of duplicate files, which slowed down the editorial team considerably. And then Apple Inc. suddenly announced the end-of-life for both products.

“The Final Cut Server’s design required us to download files to our internal drives in order to work with them. Eventually, storage space became an issue and we were making hard decisions on which files to keep and which we could afford to delete,” Clarke says. “When Apple pulled the plug and discontinued FCS and FCP7, it forced us to look into other options.”

The Solution: Multiple CatDV Licenses With LTO-Tape Archiving
Clarke says he was first exposed to CatDV in 2011 while investigating alternatives to Final Cut Server on Creative Cow.

“We knew we wanted to work with a central server and stop the needless downloading of files to individual workstations. Plus, we wanted to keep a similar workflow and automation process that we had become accustomed to with FCS,” he says. “With Apple discontinuing FCS and FCP7 we saw the necessity to diversify – we wanted to avoid being married to one product from one manufacturer for our post-production and archive workflow. Cost was another factor, and storage space was at a premium too.

“We looked at several different digital asset management systems and their features, but CatDV sprang out with some favorable write-ups. We really liked the idea of the CatDV WebClient, which allows our producers and writers to browse the database by catalog or perform queries to find clips of interest. It has been a great help in our content creation and review processes. CatDV also has an integrated solution for archiving to LTO-tape, which was a major plus for us. CatDV can also work within a mixed environment, with both Microsoft and Apple operating systems.”

Bodybuilding.com implemented CatDV in October of 2012. It uses CatDV Enterprise Server, WebClient, Worker Node and CatDV Professional – totaling 20 licenses (16 of which are active) with plans to populate the remaining licenses with additional editorial staff in 2014.

Bodybuilding.com’s CatDV systems run on a Windows Server, with 60TB of storage; GlobalSAN and SanMP are used as the interfaces between the server and Mac client platforms. It runs 10GB Ethernet to each computer to provide the fastest-possible connection and the best capability to play materials in real time. To help keep space manageable on the SAN, and keep assets protected for the long term, Cache-A’s Pro-Cache5 and Library5, with a 48-slot LTO-tape Library, is integrated into the workflow with CatDV to archive footage to LTO-5 tape.

“Up to 16 team members now use CatDV every day,” says Clarke. “Typically, our assets are media-based – video, graphics and audio – with CatDV used to locate and pull footage for editing. We use WebClient to do company reviews and schedule approval automation processes, which convert files to a smaller compressed format and send out email notifications when tasks are completed. CatDV’s integration with Cache-A is really tight, and we’re constantly archiving and restoring footage to and from long-term LTO-tape storage when projects are completed.”

To highlight some of the CatDV features that are especially helpful to the busy editorial team at Bodybuilding.com, Clarke notes, “I really like the ability to filter query searches in CatDV, which is of particular help in my archiving duties; it just makes finding and retrieving so much faster. I also really like the automated approval process we have set in place, automating emails and conversions.”

Overall, with CatDV in the mix, Clarke says productivity and efficiency have been significantly enhanced. “Since introducing CatDV, we are now able to maintain a much healthier storage capacity level on our server, and no longer need to wait half of the day for footage to be downloaded to our internal drives. We are also able to work more collaboratively by moving to a central server, which ultimately helps the variety and quality of our online content. At the risk of stretching a metaphor, CatDV really does help us keep our assets in great shape.”