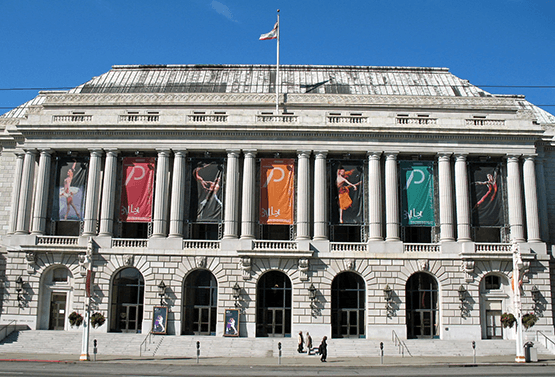 StorNext was a game changer. And when we added Xcellis, we were just in a different world. We now have the reliability and the capacity we need at all times.

San Francisco Ballet captures a tremendous amount of HD video and still images every performance season for training and marketing. To store and preserve that fast-growing collection of content, the IT group needed a robust data storage platform.

As audience members settle into their seats for a ballet performance, data storage is generally far from their minds. But behind the scenes, San Francisco Ballet captures an enormous amount of visual content. Dancers can review their work, and the ballet can use the media for promotional purposes on the web and elsewhere.

Finding a place for growing volumes of content
“Videographers record 30 distinct ballets per season,” says Murray Bognovitz, director of IT for San Francisco Ballet. “They capture a broad array of HD shots, from close-ups of dancers to wide shots of the stage. We also have fixed HD video cameras on the stage, which record rehearsals and some performances.” Video is supplemented by still images.

All of that content needs to be stored and archived somewhere. “Today we are approaching 100 TB of data on disk,” says Bognovitz. “We need to move data from our production disk environment to an archive that will let us preserve content and reuse it for years to come.”

Planning a move from Xsan
Several years ago, when the video production team first began working in HD, the IT group was tasked with implementing a new data storage environment. The IT group chose an Apple Xsan file system and Xserve servers, only to learn a year later that Apple was discontinuing support for Xserves.

A few years later, in 2018, ASG helped the ballet deploy Quantum Xcellis workflow storage and upgrade to the latest version of StorNext. ASG and the ballet’s IT group were able to easily integrate StorNext and Xcellis into existing media production workflows. There was only one important change: “When we switched to Xcellis, the video team definitely saw increased performance compared with the previous hardware,” says Bognovitz.

Selecting Quantum Scalar tape libraries for archiving
In addition to a new production environment, the ballet’s IT group needed an archive that could help preserve content from previous seasons. “When I compared the costs of tape with disk, it was clear that tape was a much more cost-effective approach,” says Bognovitz.

The team initially deployed a Quantum Scalar i40 tape library and were happy with the results. As LTO technology evolved, the IT group decided to move up to a next-generation tape library, choosing the Quantum Scalar i3. “We recognized that LTO-8 technology could help us prepare for the future by cost-effectively archiving a tremendous amount of content in each cartridge,” says Bognovitz. “By supporting LTO-8, the Scalar i3 gives us some real distance into the future.”

Improving reliability and counting on excellent support
The Quantum solutions have helped provide consistent, reliable storage and archive environments for San Francisco Ballet. “StorNext was a game changer. And when we added Xcellis, we were just in a different world. We now have the reliability and the capacity we need at all times,” says Bognovitz.

If and when the ballet’s IT group needs assistance, Bognovitz and team can depend on Quantum and ASG. “Quantum support is fabulous,” says Bognovitz. “We’ve looked at other storage and archive solutions over the years, but we knew that other vendors could not deliver the same level of support.”

ASG, meanwhile, has provided the pre-sales consulting, implementation assistance, and ongoing management support to help ensure everything runs smoothly. “For us, Quantum and ASG are not just technology vendors—they are true partners,” says Bognovitz.

Founded in 1933, San Francisco Ballet has long been pushing boundaries in dance. The organization staged the first full-length American productions of Coppélia (1938), Swan Lake (1940), and Nutcracker (1944). Today it operates a prestigious school of ballet and commissions groundbreaking dance from today’s top choreographers.