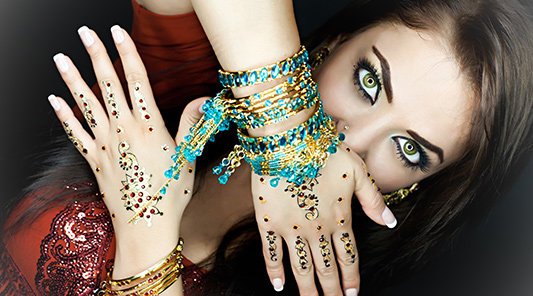 With all the content available in digital format, thousands of hours of video footage is now available for editing and browsing at all times. Not having to search through physical video tapes means specific content can be retrieved faster – and that is vital for any media organization that wants to stay ahead of the competition.

The success of a media house lies in how quickly it can access video footage, audio files, high-resolution images, and other content to beat the competition. However, the huge volume of digital content becomes an immense challenge to back up, retrieve, and archive efficiently. To meet that challenge, B.A.G. Films & Media adopted a StorNext® solution. The result: Seamless integration with existing infrastructure and reduced time to air.

B.A.G. Films & Media, one of India’s leading integrated media and entertainment houses, recently established News 24, a 24-hour national news broadcast operation. A critical part of running a 24-hour news operation is identifying, cataloging, searching, and retrieving video footage whenever needed, ideally with the ability to quickly access specific clips at the click of a button.

With 5 to 7 terabytes of video footage data being generated every day, this was becoming a significant challenge at News 24, particularly given that the large repository of video tapes had to be managed manually. In addition, there was no way to search for specific content by browser – which made identifying a particular segment of footage slow and difficult.

“We were experiencing a number of business problems, like slow speed of workflow, high recurring costs, and the periodic demand for increases in library capacity,” says Suraj Pal, VP Technology, B.A.G. Films & Media.

Why Quantum? One key selling point was how StorNext fit into the broadcasting infrastructure already in place, including native integration with the Apple Xsan environment, seamless connectivity to Final Cut Server media asset management software, and file system driver integration at the OS level.

Quantum’s approach to customer support – a local presence not available from other vendors – also played a role in winning the business.

The deployment of StorNext took only four days and the solution fits smoothly into B.A.G. Films & Media’s existing workflow.

The StorNext-based archival capability allowed the company to archive its entire content natively – i.e., without any transcoding of archived content at any stage. This made StorNext the system of choice for all archival needs across the company.

Now the company archives and retrieves their entire Final Cut Pro projects with source content and source files. StorNext automatically archives data on a Quantum Scalar i500 tape library with LTO tape drives. By storing the data files on these reliable tape drives instead of primary disk, the company saves on storage costs as well as electricity and cooling.

“With all the content available in digital format, thousands of hours of video footage is now available for editing and browsing at all times,” says Pal. “Not having to search through physical video tapes means specific content can be retrieved faster – and that is vital for any media organization that wants to stay ahead of the competition.”