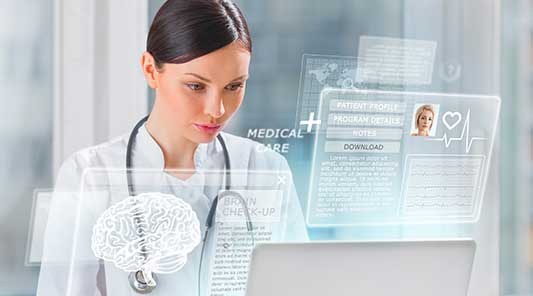 Advances in medical imaging are helping patients around the world get better care. Quantum helps imaging sciences teams stay focused on driving research forward—rather than on managing the storage infrastructure.

The entire storage system and workflow is supported by StorNext File System from Quantum.

Controlling Costs Of A Petascale Archive With Tiered Storage
StorNext provides high-speed shared access to the images—as well as a cost-effective combination of high-speed disk and economic LTO tape. Users access data across all tiers from a single interface.

Accelerating Workflows With Storage Built For Speed And Scale
“StorNext supports very large amounts of data,” Plum explains. “The smallest file system has 47TB and over 110 million files—and it allows for resources to be added quickly and transparently. Capacity can be increased whenever needed just by adding more arrays.”

Archiving Research Assets Indefinitely
At the NIH, protecting data for future use is a high priority.

Simplifying Administration With Superior Service And Support
The RIS team at NIH was initially concerned about transitioning from their previous Xsan and Active Storage solutions to StorNext, but Quantum made it easy.

Deploying Storage Built For The Future Of Medical Imaging Data
The StorNext platform gives RIS the scalability it needs to support imaging technologies as they evolve.