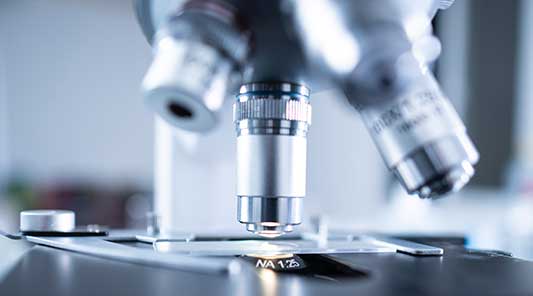 The GNZ manages massive volumes of critical data for Max Planck Society researchers at the FHI and additional institutes in Berlin and Brandenburg. Scientists from across the globe work and research at the Max Planck Institutes in various scientific fields such as molecular plant physiology and gravitational physics.

To protect data and ensure it remains readily accessible by researchers, GNZ administrators conduct regular backups from two data center locations. The GNZ uses a Veeam data management solution to back up data from VMware-virtualized servers. Data is later archived to tape to preserve it for the long term.

As data volumes have grown over the years, administrators have needed to back up approximately 120 TB each night. But the existing storage infrastructure could not deliver sufficient performance to conform to the nightly backup window. With the total amount of stored data quickly pushing past 1 PB, the GNZ also needed a scalable platform that could continue to expand without requiring major upgrades.

Discovering Quantum StorNext
The GNZ team first learned about the Quantum StorNext platform at a StorNext workshop. After hearing about StorNext’s potential for achieving fast transfer rates, integrating a hierarchical storage management (HSM) system, and using a favorable licensing model, the GNZ team moved forward with a proof of concept with Quantum Professional Services. Successful tests led GNZ to select StorNext as a key part of a multi-faceted solution.

Deploying the StorNext Environment Rapidly
Quantum worked with the GNZ team to design a multi-user solution built on StorNext to fulfill current and foreseeable needs, and to allow further scalability in performance and capacity. The solution was deployed in just a few days. “The Quantum support team helped address all potential problems expertly,” says Stefan Schülke - Storage and Virtualization. “In particular, our Quantum software support technician went beyond standard working hours to help resolve even complicated issues.”

Accelerating Vital Data Backups by 2X
GNZ is now able to back up large and growing volumes of scientific data quickly and reliably. Today, the backups run in a time window of 24 hours; in the past, the VM environment could only be backed up every two days. “The previous performance problems with the backup process have been solved,” says Schülke. The organization can now adhere to nightly backup windows, helping ensure that research data is protected and readily available to scientists.

Gaining Scalability for Future Growth
The new storage environment gives the GNZ the scalability to handle fast-growing scientific data volumes. “Demand is growing,” says Thies Garling - Storage and Services. “And because of the system’s easy administration and scalability, we can operate and expand it without problems.”

The GNZ is also well prepared for supporting additional research institutes. “Since the Quantum StorNext installation, we have doubled the number of participating institutes from three to six,” says Schülke.

Streamlining Management, Reducing Costs
Through centralized administration, the StorNext solution helps streamline ongoing management, enabling a small team of 10 people to handle operations. And because the Quantum StorNext file system and Fujitsu storage systems do not require a capacity license, the GNZ can focus more of its budget on other projects and services.

Enhancing the Value of the GNZ
By delivering higher storage performance and greater scalability without adding administrative complexity, the new StorNext environment is helping the GNZ to expand from its previously narrow role as a pure infrastructure provider to more of a comprehensive IT service provider for the Max Planck Society institutes. “Scientific research data continues to show explosive growth,” says Gerd Schnapka, Head of the GNZ. “With our StorNext environment, we know we’re ready.”

The Joint Network Center (Gemeinsames Netzwerkzentrum [GNZ]) at the Fritz Haber Institute (FHI) provides a full array of network infrastructure, IT security, and data storage services for the institutes and facilities of the Max Planck Society in Berlin and Brandenburg. Researchers from across the globe work through the FHI to advance basic science by investigating the principles underlying the chemical conversions of matter and energy.