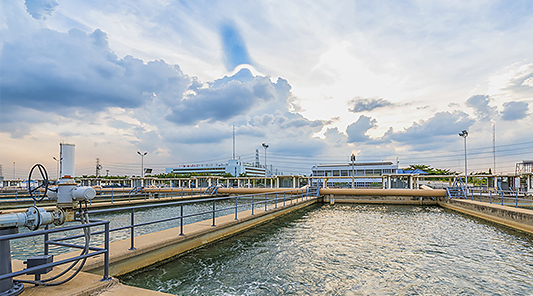 Our experience over the last year is that Veeam and DXi work very well together.

Groton Utilities provides water, power, and other services for a wide area of Southeastern Connecticut, including the City of Groton. The IT team’s approach to backup and disaster recovery (DR) protection has evolved over the years. When the servers were all physical, backups were written to a tape library. As servers became 95% virtualized, disk became part of the strategy.

The team selected software from Veeam because it handled VMs more effectively, and as data volumes increased, it added Quantum DXi deduplication appliances.

“We have long been committed to a 3-2-1 approach to protection,” says Tom O’Farrell, Groton Utilities system administrator, “but it took quite a bit of work to make sure we have at least three copies of data, in two different locations, with one copy off-site.”

Tape provides important protection against malware. “We have seen the damage and costs that recent ransomware attacks have created, and we know the best protection is having a kind of ‘air gap’—keeping a copy of critical data on tape that is isolated from the vulnerable spinning disk.” The IT team created a configuration using the two different data centers and disk-to-disk replication. Veeam backs up the VMs to the DXi appliance, and the team’s legacy backup application creates tapes.

Reducing Complexity For The Next Stage

“It works,” O’Farrell explains, “but it is too complicated for me. There are still too many steps and vendors involved. Replicating primary data between sites takes lots of bandwidth that we could use for other things, and we have ended up using two different backup applications.” In the future, the team plans to simplify the backup system.

The plan is to add another DXi at the second data center, to back up both VMs and CIFS shares to the DXi appliances using Veeam, and then replicate backup data between data centers using the DXi appliances. “Replicating backup data between DXis is a much better option. It will use a small fraction of the bandwidth that we need now— less than a tenth—and it will eliminate one additional job that the primary arrays carry out now.”

The new system will leverage integration of the DXi with the Veeam Data Mover to increase performance and support features like synthetic full backup and Instant VM Recovery directly on a DXi appliance. Veeam will also back up the physical servers and create tapes.

“Good technology is letting us simplify. The DXis are getting very good dedupe rates and offer very effective replication. Veeam can now do backups for both VMs and physical servers, and it can write data both to CIFS shares and to tape libraries. Our experience over the last year is that Veeam and DXi work very well together.”

“Anything we can do to improve operational efficiency is really key to letting us provide better service and keep overall costs as low as possible,” says O’Farrell. Having strong service for critical equipment is one of the important factors, and Quantum has been exemplary.

At one point, one of the drives in the Groton tape library failed and needed replacing. “We called one day, and the Quantum service guys showed up the next morning. They replaced not only the drive that had failed, but the other drive in the library as well. That was great service.” On another occasion, the Quantum service team called proactively to make sure that equipment was restarting properly after a power outage. “They actually called us before we noticed what was happening and helped us get everything back up and working cleanly. It was great.”

Groton Utilities provides essential utility services to nearly 40,000 residents of Southeastern Connecticut, including the cities of Groton and Bozrah, and nearby unincorporated areas. The municipally owned and operated company is committed to providing electric, water, and other services at prices which reflect exceptional customer value and to enhancing the vitality and livability of the communities it serves. Groton Utilities also provides IT services for several other public-sector organizations in the region.