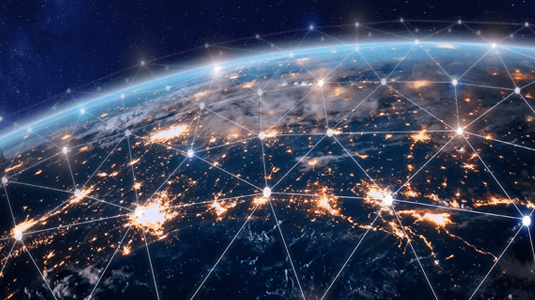 The Veeam-Quantum combination was far and away the best option that we saw, both in terms of technology and economics…our total ownership costs were one-half to one-third of the alternative.

When traditional backup couldn’t keep up, Airbus Defence and Space’s Toulouse Satellite Operations Center looked for something better. The answer from Veeam and Quantum boosted performance, reduced impact on operations, provided more granular recovery—at a price less than one-half of the competition.

Airbus Defence and Space is a world leader in designing, manufacturing, and managing communication satellites for a wide range of international clients.  At the company’s Toulouse Satellite Operations Center (TSOC), operations engineers control satellites from the time they leave the launch vehicle until they are safely in orbit, and the facility monitors for each satellite, and works with clients to manage their space-borne hardware.

Managing more than 60 satellites for scores of customers relies on iron-clad storage and protection of terabytes of irreplaceable data, a task that the company’s use of virtualization made more complex.  “Until recently, we had been using VMware’s Data Recovery capability,” explains Pascal Garcia, TSOC Infrastructure and System Engineer, “and it was a weak point for us.”

Always-on Satellite Data and VMs Need Better Protection
The team had difficulty completing backups—in fact several of the VMs were not backed up at all, and they did not like the fact that the VMware backup stored its data on the same SAN used for the virtualization infrastructure. “We felt that especially the critical telemetry data needed another, true backup location that would keep it better protected in case there were any issues with our primary environment,” says Garcia.

Not only is the telemetry data mission-crucial, it is also transmitted non-stop 24 hours a day, so there is never a time to carry out traditional backup.  “Even though we perform telemetry backup at night, the data download is an always-on activity, so we needed to make sure that we could complete the backup and have as little effect on the telemetry collection process as possible,” says Garcia. The team also wanted a system that could back up all the VMs and provide quick and reliable recovery of both data and individual VMs.

A Clear Winner—at Less Than Half the Cost of Competition
The team looked at several alternative systems for virtualized environments, including a combined solution from Veeam and Quantum.  “I was initially a little reluctant to consider a solution that involved two different vendors,” says Garcia, “but the Veeam-Quantum combination was far and away the best option that we saw—in terms of technology and economics—thanks to the advanced support for Active Directory restore and the Veeam’s agents' availability for our legacy systems.”

“By putting together Veeam software and the DXi® appliances, our total ownership costs were one-half to one-third of the alternative,” Garcia explains, “and the coordination between Veeam and Quantum has been flawless, both on technical and commercial matters. The two companies answered our questions together and presented a unified pricing proposal. They both have experienced local team members, and everything came together easily, both before and after the sale.”

Veeam and Quantum DXi Work Together Seamlessly to Solve Backup Issues
The new solution meets all the TSOC requirements.  “The Veeam-DXi backup is fast—the updated backup of all the telemetry data is done in only 16 minutes, and it happens so smoothly that it’s hard to see any impact on operations at all,” Garcia explains. “We now back up all of our VMs and—thanks to Veeam’s Active Directory support—we get fast, object-level recovery of both data and any single VM directly from the DXi.”

TSOC has been impressed at the deduplication.  “Even with telemetry data, the DXi is giving us data reduction rates of nearly 90%, which means we use less disk space and can retain more backups,” Garcia says. “And Veeam and DXi work together very impressively—when we want to manage or recover data from the DXi we can do everything directly from the Veeam interface.”  The DXi’s capacity-on-demand scalability was also an advantage, giving TSOC the ability to add capacity easily in the future.

Airbus is a global leader in aeronautics, space and related services, and its Defence and Space division is one of the world’s leading space companies, designing, launching, and managing a broad range of hardware and services for scientific, governmental, and commercial uses.  The Toulouse Satellite Operations Center supports the company’s program for communication satellites, controlling them as they move into orbit, downloading and analyzing telemetry data, and helping clients manage them throughout their life-cycle.